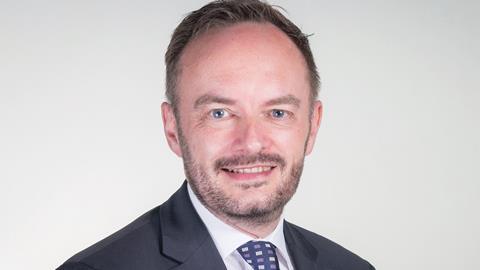 I have always been attracted to the intellectual challenge and academic aspects of the law. I have met and worked with a wide range of fascinating and often inspiring people, helping them to solve problems and achieve their objectives.

I spent four years at the University of Aberdeen completing an honours degree in Scots Law before moving to England. There are significant differences between the laws of Scotland and England, which meant that I had to undertake what were then called the CPE and the Law Society Finals in order to practise in England. Unfortunately, the differences were not so great as to make the CPE interesting.

Since qualifying 25 years ago, I have worked in three different firms (Freeman Johnson in Darlington, Keeble Hawson in Sheffield and, since 2005, my Gardner Leader in Berkshire). Most of my work was in employment and corporate/commercial law. This gave me a good insight into how businesses work, the challenges they face and what makes people tick, all of which has proved invaluable since becoming managing partner of Gardner Leader in 2011.

A clear plan, good communication, leadership and effective change management are essential components of a successful business. This is what we have focused on as the firm has grown, more than doubling in size in the last five years. We have been very proud during that period to win the LawNet Law Firm of the Year award, as well as awards in business development, employee engagement and client service.

My predecessor as managing partner had run the firm for over 30 years and had built up a successful firm with a great ethos. The challenge was to keep all that was good about the firm while delivering the growth we felt was essential to make it resilient for the future. While many firms opted for financial restraint and caution after the 2008 financial crisis, we invested in ways to build and strengthen the firm, including the acquisition of two other firms.

In 2013 we acquired part of Charles Hoile to grow our inheritance protection, residential property and dispute resolution teams in Newbury. The following year we acquired the business of Heath Buckeridge in Maidenhead and have since almost doubled the size of our Maidenhead team, and relocated the branch to larger and more modern premises.

Communication, leadership, effective change management, getting people to work well together and building successful teams are all key to driving commercial growth. When the managing partner role became available it seemed like a great opportunity – one that I could not have envisioned during my training or early career. It has also helped me in my work with other organisations such as being a school governor.

One of the main attractions of being a lawyer is the unexpected opportunities to become involved in exciting work. About 10 years ago, with my Gardner Leader partner Chris Felton, I had the chance to help represent a client in front of the World Motor Sport Council in Monte Carlo in what was essentially a dispute between the McLaren and Renault Formula One teams about confidential information. Not the average kind of case that we expect to come in off the street in Newbury, but in this and many other large pieces of litigation we have learned that it is possible for firms of our size to compete with the large London firms if you have the right people.

I was also involved in the first High Court Case in relation to the Working Time Regulations while at Keeble Hawson. It was all done in a short timeframe with top barristers – Brian Langstaff QC (now Langstaff J) and Jason Galbraith Marten (now a silk) –  and had a very high media profile.

It is important for the profession to maintain the standards which provide clients with peace of mind about the service they receive and the integrity which underpins it. Like many, I am concerned that the proposals to dilute the requirement to maintain a minimum level of professional indemnity insurance cover will store up problems, such as a loss of confidence in the profession and a reduction in what distinguishes the service given by solicitors from that provided by non-regulated providers, for the future and impact on the reputation of the profession as a whole.