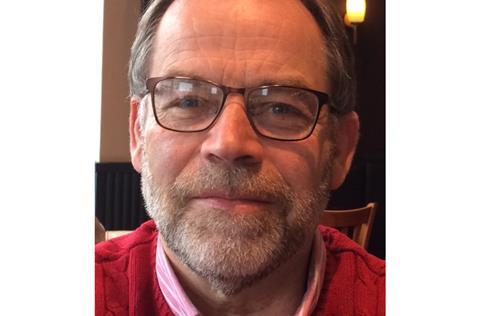 As with many people of my background and age, going to university, let alone into a profession, was a new experience in my family. I toyed with applying to read English, but law was suggested to me and the idea just grew. I knew and admired a solicitor who was a few years older than me, so that helped.

I was articled to Cedric Brown, a partner at Stanger & Co, a small firm with offices in Aylsham and North Walsham, Norfolk. Some articled clerks were thrown in at the deep end and left to sink or swim, but I was given a more gentle introduction to the law. I handled a wide range of matters including some family and criminal law, a little corporate law and mostly wills, probate and conveyancing. Almost all the land around was unregistered so I quickly got used to abstracts and epitomes of title, and trotting into Norwich to physically exchange contracts or mark up abstracts of title.

Most of our clients were from small market towns and the surrounding villages. I was bought up in the law by two very decent men – Cedric Brown and Alan Stephenson – who operated with absolute integrity. They wanted to be able to hold their heads up in public, and live in these small communities without people whispering behind their backs about how they operated. I like to think that this shaped my own practice.

I took a year out to train for the Methodist Ministry in Cambridge. I suppose the only reason for training for the ministry is having a calling to do so. I think it is fair to say that my time in legal practice gave me a wider understanding of human nature than might otherwise have been the case, which proved helpful in all sorts of contexts. I withdrew from training for personal reasons and went back into legal practice as the best way I knew for me to earn a living.

Having left the law to follow a vocation, I never really settled back into practice. When the opportunity presented itself for me to use my knowledge and experience in the charity world, I never looked back. One of the main things I took back with me was an exhortation from the Gospels to be ‘Wise as serpents and gentle as doves’, which I have always taken to mean that we should behave decently and with integrity, but be nobody’s fools.

I worked in-house at The Children’s Society. My predecessor as legacy manager had been a lawyer so, when she moved on in 1993, they looked for another lawyer to replace her. Strictly, I was not employed as an in-house general legal adviser. Rather, I was responsible for handling all the legal work involved in administering the legacies we received.

I took a year out to train for the Methodist Ministry in Cambridge. I suppose the only reason for training for the ministry is having a calling to do so

Until then, I’d had little idea of the complications of being on the receiving end of legacies as a charity. It is easy to assume that charities just ‘bank and thank’ when it comes to legacies, but the truth is that many obligations are placed on our organisations by the Charities Act, including to ensure that we receive the full value of any legacy left to us. This means that we have to check (and sometimes challenge) estate accounts; have an understanding of the workings of Capital Tax laws; take and defend actions for, among other things, undue influence, want of knowledge and approval, and Inheritance Act claims. This is to say nothing of the delicate issue of claims for ex gratia payments, in which we don’t have the same freedom as individuals. Anything above a de minimis level needs to laid before our trustees so that they can determine whether or not they feel an obligation to make the payment.

Working in the charity legacy world, many of the challenges, and so the highlights, relate to things other than the law. I started in this area at a time when charity legacy officers were sometimes seen, not without justification, as being rather amateur in their approach. One of the most satisfying aspects of my work over the past 25 years has been to play a small part in gaining a gradual acceptance, from colleagues within our charities as well as from solicitors, that legacy administration is a skilled discipline in which legacy officers are both knowledgeable and capable. The Institute of Legacy Management has played a large part in underlining this. It does mean, though, that it is incumbent upon those of us who are legacy officers to make sure that we continue to operate in a courteous and professional manner.