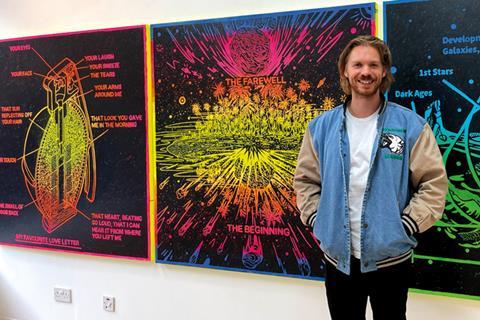 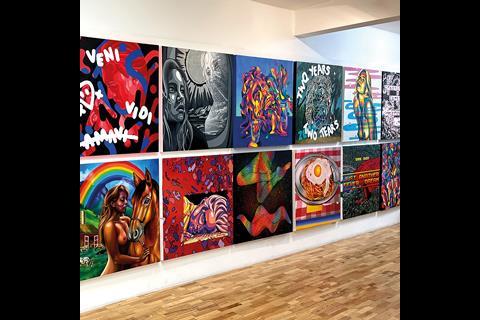 I originally interned at Disney studios in Australia – but the year I finished school, they closed their 2D animation departments to compete with Pixar. Many of my school friends were doing law, so I thought that would be a fun option. As it turned out, I really enjoyed it: the combination of intellectual discovery and creativity in law were my favourite aspects of painting and animation. More than 15 years later, I am still working in and very much enjoying law.

Throughout high school in Australia, I had always painted – but that stopped when I started law school. Many years later, when I was a graduate at one of the big firms there, I started to miss having a creative outlet. I tried to get back into painting while working full-time, but although I still had the vision, it was frustrating because I was so out of practice. However, after making horrible painting after horrible painting, I eventually found my style again. This reminded me how much I enjoyed painting and how much balance it brought to my life.

After a few years of working full-time and painting in my spare time, I approached the partners at my old firm and asked them if I could work part-time – to paint. I was nervous before I spoke with them, because I did not want my request to be seen as indicating a lack of interest in my job or career. They were completely understanding. I worked for a couple of years part-time at that firm, before moving to London. In the interview at my current firm, I asked them if working part-time was possible. They were also incredibly supportive of the idea.

Being a self-taught painter and outside the traditional arts scene, I initially sold my works to friends and family. I did not really know where my painting would lead, but I just knew I needed to keep practising and developing my style. Over the years, the sales kept happening (with even a few commissions from my old colleagues). When I moved to London, I thought it was time for me to paint with the intention of having a proper gallery exhibition.

My first solo show – held last month at Brick Lane Gallery in Shoreditch – was originally due to be held early last year. Because of cancellations, it had the benefit of including works that span the last three and a half years of my life in London. The paintings in this show, named the eponymous Goodnight Thief (my painting moniker), covered the ideas of life and death, love and loss, hope, spirituality, and technology.

Being able to work in law and follow my passion of painting is very rewarding. They are both important and complementary outlets – when I am creatively stuck on a painting, it is nice to be able to turn my mind to something quite different and intellectual. Conversely, painting at the end of a day really clears my mind and provides much-needed meditation.

As an intellectual property lawyer, a lot of my paintings have been inspired by my legal work in the pharmaceutical industry. You will find depictions of human cells, chemistry and random physics principles on my canvases. One of the series of paintings on show at the exhibition was inspired by figures that often appear in scientific journal articles, where the oil paintings of cells are accompanied by more poetic figure descriptions. And being handy with art has been useful when designing images for court submissions and expert reports (I even once made an animation for a court hearing to illustrate a particularly tricky scientific concept).