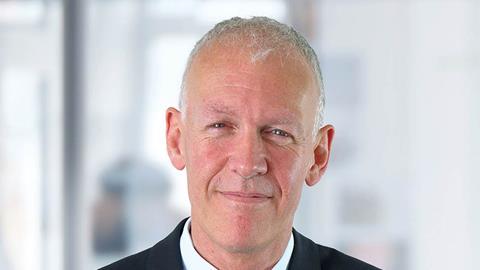 When I was rejected by Trent Poly (the Oxbridge route to becoming a social worker), I defaulted to do a law degree at North East London Polytechnic. I thought of it as a ‘safe’ degree, just to keep my options open with no aspirations to be a lawyer.

I was the teetotal captain of the football team and all my energies went into playing football and definitely not my degree. I did the bare minimum to get by and came away with a ‘respectable’ (my assessment) 2:2.

However, when I went to Chester Law School, my attitude completely changed. I became this focused student and would-be solicitor. I always describe my experience of Chester as akin to a ‘war of attrition’ with only the most determined surviving.

I began my articles with a Liverpool firm which had a strong reputation in criminal law and compensation claims for the Liverpool dockers. I believe I only got offered the position on the basis that I was prepared to play for the firm’s Sunday league team.

On the very first day of my fledgling legal career, I was taken by a couple of the junior lawyers in my lunch hour to a bar called Dailey’s Dandelion. I had absolutely no idea about what type of bar I had been asked to frequent, which turned out to be a strip club. Thankfully, that was just a one-off initiation ceremony.

I think my legal training is called being thrown in at the deep end – and I just about managed to ‘swim’. I was based in the civil department and my job was to basically see all the new clients who walked in off the street. The office was just around the corner from the Cavern Club in the very heart of Liverpool so there were certainly plenty of clients who did indeed just walk in. Under the auspices of the legal aid green form, I was expected to provide £50 worth of advice and probably write a letter on anything from clinical negligence, trips and slips, police brutality, to copyright disputes.

It was at this time that I had my first taste of housing disrepair cases. The Landlord and Tenant Act 1985 had just come into force and was brand new law. This was a very exciting time as I felt able to help a lot of people in a small way and a few people in a significant way.

Like so many lawyers before me for many years, I turned to the ‘dark side’ because I was seduced by the perceived ‘easy’ costs of volume low-value RTA work. But it was the government’s removal of legal aid in 2013 and the announcement that the writing was on the wall for RTA work that brought me back to the arena of housing law.

The parallels with the poor quality of the housing stock that I came across back in the 1980s are today depressingly familiar. The obvious major differences today are the rise of the leviathan housing associations and the sheer volume of people renting in the private sector. Against this challenging background I have successfully acted for many tenants over the last five years by way of a CFA.

I would like to think that my most memorable career highlight is still to come. I am certainly working on it. However, looking back, it is not a housing claim but a road traffic accident claim involving a young agricultural engineer which still provides me with the most professional satisfaction. My client had the double-whammy of both a serious knee injury which required the knee to be replaced every 5-10 years and an organic brain injury. This case took four years to get to court and culminated in a three-week fully-fought High Court trial on medical causation, with six experts giving evidence on each side. There were also the challenges of adverse video evidence and having to deal with our forensic accountant imploding on the witness stand. As always it was a team effort but a special mention must go to Bill Braithwaite QC of Exchange Chambers, who was an oasis of calm guidance throughout. A very good result for the client was achieved.

I believe that Karen Buck MP’s proposed private member’s bill amendment to allow the term of Fitness for Human Habitation to be utilised in modern housing law will be a real game-changer. It will enable me to compel landlords to find solutions to minimise the causes of damp and mould by tackling inefficient heating and improving insulation and ventilation.

George McLoughlin is head of housing disrepair at Curtis Law Solicitors LLP, Blackburn, and a member of the Chartered Institute of Environmental Health