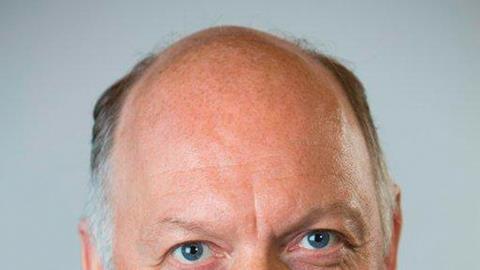 My father was a lawyer but he told me to choose anything but the law – so teenage contrariness must have been what did it for me.

I enjoyed the law degree and the subjects didn’t seem like a chore to study. In my career I ended up spending a lot of time in civil law jurisdictions and so the subjects, which at the time seemed a bit

esoteric – like ‘Roman law: who owns your slave’s honey?’ and that sort of stuff – gave some grounding for continental thought processes.

Doing the deals we did in central and eastern Europe after the fall of the Berlin Wall was quite difficult because of the lack of legal infrastructure. Having said that, it was mostly my locally qualified partners who had to take the hard calls on some quite underdeveloped legislation. We had good, locally qualified partners and they were very courageous. Cultural differences are hard to manage in terms of expectations for timing and execution of deals.

Seeing how banks react in a restructuring gives you a good company-side view of what to look for in credit agreements.

The most memorable highlights of my career have been around forming teams and making successes of them. I was proud of the teams in the various offices I led for A&O and of the small group of lawyers we had in Stemcor. At BG we have a very good group of lawyers who are experts in their field but also have the flexibility to bring a very practical approach to an unfamiliar situation.

In-house clients are often the most demanding because they have immediate business objectives and your raison d’être is to help them achieve those and maximise shareholder value. Having said that, advising your client to walk away from a bad deal may be the best and most economically effective contribution you can make.

I don’t like industry standard forms that are a bit skewed towards one side (such as the LMA loan documents). I also think the Companies Act could give directors more guidance on how to react when a company is in the zone of insolvency. This is a situation where the rubber really hits the road, and the current case law gives too blunt an answer in requiring directors to act in the best interests of the lenders.

There has been a tremendous globalisation of law due to convergence of systems and global business. English law has fared fairly well. However, as English lawyers we must not be complacent and arrogant in not recognising the strengths of civil law jurisdictions. Our big strength is the impartiality of the courts and enforceability of bargains, but we need to work on this to make sure the basics of predictability on enforcement of contractual terms are preserved.

I would like the legal profession to be seen as a more attractive career path for graduates. Encouraging pro bono work throughout the profession and a more general recognition of work/life balance would help. I would also like to see a move away from hourly to value billing. Hourly rates are a useful tool for firms internally but they are of no help to the client in terms of predictability or incentivising efficient working practices.