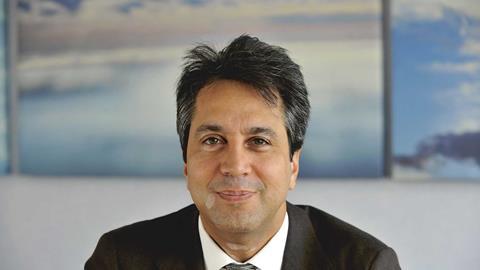 I was very lucky when I came down from Cambridge to the bar to have a successful time as a pupil in Gray’s Inn and the Middle Temple. I had the good fortune of getting my work permit due to a position I landed with Clifford Chance, which propelled me into international work and travel. A few years after that, the Law Society was nice enough also to invite me to enrol as a solicitor based on my conflicts of law work worldwide.

I chose two different sets of chambers, 3 Gray’s Inn Place and Queen Elizabeth Buildings, which allowed me exposure to banking, international trade, shipping and insurance – all the areas that helped develop some of the most important case law of international importance, so it was a good grounding. This was further cemented in specialist departments at Clifford Chance and Barlow Lyde & Gilbert.

I fell into re/insurance and then cross-border litigation/arbitration, since some of the most complex higher court work at the time – whether here or in other jurisdictions – involved the Lloyd’s and companies insurance market. As an example, a dispute could entail comparative analysis of English, German and Colombian law on a reinsurance placement. The international arbitration followed from that, since investment in international projects entailed clients dropping into the underlying disputes, whether they were fought in the MENA region or Latin America.

Each part of the world and each client posed a different set of challenges. Some energy and infrastructure disputes, especially in cases concerning political violence, involved working under the military’s gaze. Arbitrating or litigating in some jurisdictions could be tricky.

Thankfully cross-border matters, whether private or public, require meticulous detail and specialist independent practitioners. The lowering of standards, cutting corners and outsourcing have not impacted upon this area – not for the lack of trying by here-today gone-tomorrow business schools and consultants. On the flipside, there is more international activity, which obliges people to look for ways to deal with one another afresh. This suggests a new beginning and renewed appreciation of the law as a key component of a successful society.