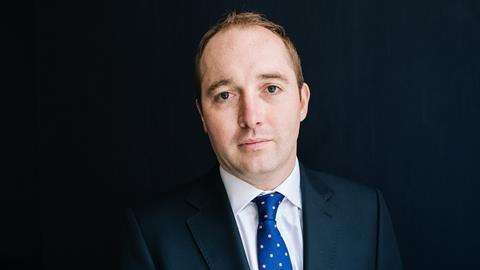 I came to law as an alternative career. I grew up in the horse-racing town of Saratoga Springs, New York – ‘America’s Cheltenham’ – and was effectively raised in my mother’s racehorse yard. My mother, Meg Jones, was quite a well-known racehorse trainer in the 1970s and 1980s, both in the US and in the UK.

I wanted to continue working with racehorses, as she had done. But she had other ideas. Being a racehorse trainer is tough – my mother broke nearly 30 bones during her career. It is a physical and unrelenting life with little or no time off – and mum wanted me to do something safer and a bit more secure.

I agreed to instead go to university where I started taking evening and night classes in economics. We then relocated to the UK and I converted to law for my LLB. At that point I was finding more interest in law, and fundamentally enjoyed working with the English language, with which I had enjoyed a natural strength from an early age. But I did not give up on horses completely – equine law is now a specialty – and, of course, I still ride whenever I can.

The academic stage of my training did provide a good base level of preparation for practice. There is no substitute for experience and being faced with difficult situations and spending hours on the job, particularly in relation to managing client relationships and workload effectively. That is half the job, other than providing the actual substantive legal advice.

The hardest set of challenges I have faced as a lawyer are extraordinarily high levels of competition, a market swamped with graduates, and completing my LLB in 2007 immediately before the recession.

The best moments of my career so far have been recent. Two moments that stick are from early this year. The first was having success in the High Court in obtaining possession and preventing the sale of an international eventing horse for its owner following its seizure by bailiffs, and a challenge as to the legal and equitable ownership of the horse. The second highlight is not a specific event. I now receive a significant portion of my equine work by way of referral – some from other leaders in this area, which is fantastic. Being recognised by your peers as an established practitioner in a niche area is deeply satisfying.

My least favourite law is any instrument which fails to achieve the purpose for which it was drafted, leading to an ineffective legislative system, lack of public confidence in the law, wasted taxpayer money and often inconsistent judicial decisions.

I think the traditional solicitor-client relationship has changed significantly, particularly so in respect of the broad spectrum private client/small-scale commercial, high street-style firms.