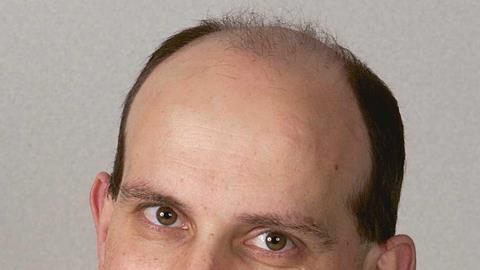 I went to Uganda in 1983 thinking I could make a difference by building water tanks. I soon discovered DIY was not my forte and decided the law was the way to go. I didn’t realise then how long the journey would be for me to be of any use.

In the meantime I had worked with the church in Uganda, then side-tracked into commercial law and became a partner at Blake Lapthorn. Happily, they were Oxfam’s lawyers, and I was finally able to achieve the ambition first thought of when I was the most inept water engineer in Kigezi District. Since 2002 I have worked four days at Oxfam and one at Blake Lapthorn.

Credit for this job-share goes to David Nussbaum, now CEO at WWF, who said I couldn’t work for Oxfam full-time or I would go soft on them.

I should have joined a legal aid firm, but the siren call of a Paris office, entertainment law and a stint at a national newspaper made Theodore Goddard the perfect home for six years.

Working on the Copyright Act as it progressed through parliament, and then working on copyright injunctions, made me a lifelong copyright geek. I was lucky to move to Oxford, a major publishing base, in 1995, just at the time that academic publishers had to rise to the challenge of the internet, and have burrowed away on publishing law ever since.

You can’t be a good specialist unless you’re a good generalist. Having two areas – charities and publishing – keeps me on my toes. All in-house lawyers have to be ‘Jack or Jill of all trades’, and in Oxfam’s case, working in 95 countries means we also have to have a rough idea of how different legal systems treat the same problems.

Watching developments in society in both Africa and the UK I see women’s leadership as key. I am dismayed, though sadly not surprised, at the short-sightedness of law firms in not recruiting more women to partnership.

There are more highs than lows in working for charities. The highs are always about incredibly inspiring people, often colleagues, but especially people living in hugely challenging circumstances who stand out as beacons of hope to their community, like Awang Lweth, a disabled refugee who I met in a camp in northern Kenya. He demonstrated dignity and compassion in one of the hardest situations. The lows are about seeing suffering and injustice, and some blatant abuses of power.

My greatest hope has been the growing movement of lawyers wanting to make poverty history, starting in 2005, developing with the growth of groups like Advocates for International Development – offering every lawyer in this country the chance to play their part in making a more just and fairer world, one case, or one law, at a time.