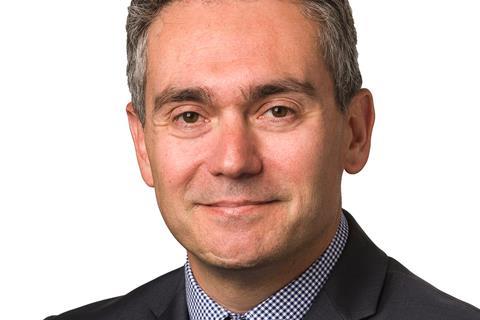 I come from a family of lawyers and initially that pushed me away from a legal career. I trained and worked briefly as an economist before deciding that I was better suited to a career in the legal profession (my dreams of making it as a professional tennis player having long since faded away).

I trained at what was then SJ Berwin. In many ways it was excellent preparation. It took you straight into the real world of practising law, rather than the academic study of statute and precedent. The firm was growing at an extraordinary rate when I trained so I had a high level of responsibility from the outset. This set me in good stead for my career. Three things were drummed into me and have stuck: the importance of attention to detail; business development is a fundamental part of being a lawyer; and hard work pays off.

I thought I wanted to be a media lawyer. However, six months in the media seat cured me of that ambition. When I got to the construction seat I realised that it was in many ways the cutting edge of the law. I love working on projects which involve bricks and mortar. I still feel pride whenever I see a completed development that I have been involved in. It may only be the lawyers that read the contracts, but I do feel like we have played a small part in getting the job finished.

I have advised on many high-profile infrastructure cases, particularly in the energy-from-waste sector. It is a much misunderstood field and local residents often get fired up at the prospect of a major facility being built in their ‘backyard’. I’ve attended numerous public forums and council meetings in which I’ve been on the receiving end of local anger at the perceived impact that the project will have.

I love working on projects which involve bricks and mortar. I feel pride whenever I see a completed development that I have been involved in

Common challenges in procurement cases from the public sector side include failing to prepare, failing to define requirements and failing to stress-test evaluation criteria. There are far too many projects that come to market before they are ready. This results in protracted, expensive and often aborted procurements. From the private sector side there is a failure to get fully to grips with what the procuring authority requires and a tendency not to properly engage with the process until the latter stages of the project.

There have been a few memorable career highlights, including winning my first procurement challenge and my first adjudication. One from this year has been advising Southend-on-Sea Borough Council on the Better Queensway scheme, which is the most significant and largest regeneration project that it has ever undertaken. It is worth upwards of £400m and I was involved from the strategic planning through to contract signature.

But without a doubt the most memorable highlight to date is being promoted to senior partner at Sharpe Pritchard from April 2020. We have a long and distinguished history as a firm, having been in practice for nearly 200 years. I am incredibly proud and excited to be leading the firm on this next phase of our journey.

I’d love to see a new Construction Act that finally and definitively simplifies the payment process on construction projects. There is a disconnect between the statutory requirements regarding payment and the commercial reality of what happens in contracts. For most of the English-speaking world, the term ‘due date’ is easily understood. For construction lawyers, it is a highly complex and contentious term which has led to no end of disputes.

Law firms should adopt a collaborative and proactive approach. Procurement processes are often seen as either opportunities to be adversarial or to showcase the strengths of the bidder, rather than listening to what clients want. I would also suggest getting straight to the key commercial matters, rather than engaging in detailed technical legal arguments. And in-house lawyers should get as heavily involved in the process as they can because they will be managing the contracts in the delivery phase. Being armed with the knowledge of what was said and done during the procurement phase is invaluable. I’ve seen a real shift in the role of the in-house lawyer. They now have more responsibility and are a vital resource in so many organisations. The more ownership they take of a procurement process, the better equipped they are to help deliver for their teams.