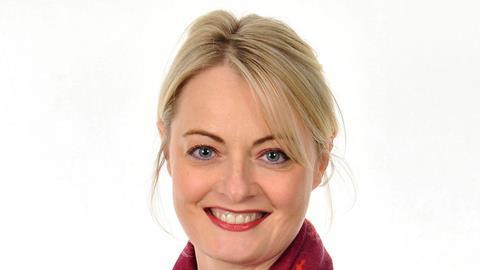 My husband pushed me towards a legal career. We met when I was a broker in the City working for a Swiss bank and he was a trader. I enjoyed the frenetic pace of working in the City but was unfulfilled. As a graduate, I had hankered after becoming a lawyer. I have always had an affinity with words and an ability to think creatively. I have also always had a profound sense of justice, or should I say injustice? I knew that law could offer meaning to my life if channelled in the right way.

At law school (in my case a conversion course – my first degree was French at UCL) I learned the rudimentary tools of being a lawyer. At law school you learn what you need to get started and then you begin a training contract and realise how little you know. For example, the only way to learn how to be a great strategic player or to be a great negotiator is to practise.

The hardest challenge I have faced as a lawyer is being told I would die if I did not get a heart transplant. Having a sense that I had six months to live and needed to get things done before checking out – I can’t go back to that place. It is mentally too tough. I carried on working until I could not work anymore because I would pass out in meetings, or have to spend another night in A&E and not be able to get into work the next day. I have nothing but admiration for people who battle ill health and manage to have a great career. No one could ever know how hard it is to keep going on a bad day. That was my inspiration for didlaw.

A memorable career highlight is winning a disability discrimination case for a woman who suffered from metastatic breast cancer and whose boss wanted to make her ‘redundant’ on finding out. I will never forget her utter joy at prevailing in tribunal. She was the bravest, funniest, most incredible woman I have ever met.

Having my book published by the Law Society was another highlight. Writing Disability Discrimination: Law and Case Management with my friend Lydia Banerjee of Littleton Chambers was so much fun. We are preparing a second edition for publication next year.

The greatest loss I have seen in the profession is the loss of access to justice for so many people. The law is becoming so expensive that many claims do not get pursued. The introduction of fees in the Employment Tribunal, which has seen a major decline in the number of legitimate claims, has been a major disappointment.

There have been welcome changes to discrimination legislation affecting my practice, which specialises in helping individuals (and organisations) manage mental health disabilities at work. Most notable was section 15 of the Equality Act 2010 – discrimination arising in consequence of disability. Section 15 makes it so much easier for claimants to demonstrate that they have suffered discrimination because of mental illness. Another change was the removal of the list of capacities in the Disability Discrimination Act 1995, as amended when it morphed into the Equality Act.