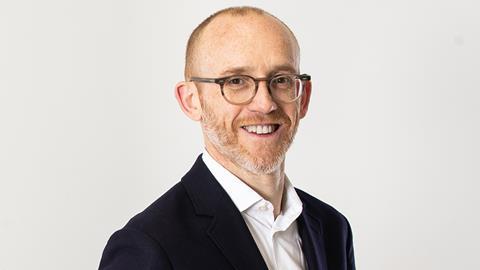 I have two uncles who were both very successful solicitors in their respective fields of entertainment and commercial property. When I was growing up, my parents encouraged me to work in one of my uncle’s offices during the school holidays to earn money. I made cups of tea and did a lot of administration work. But occasionally I sat in client meetings and learnt about advice-giving and the art of negotiation.

I studied Law at Bristol University and found the subject very dry. I then took the brand new LPC course at Guildford College of Law and enjoyed its practical approach. I trained at Nicholson Graham & Jones (now K&L Gates). NGJ was a great training environment; it was a small City practice where trainees were thrown into the deep end. I qualified and was offered a job in the corporate team. But I felt that the City was not for me long-term – I wanted to work in media and entertainment.

I was incredibly fortunate that, through one of my uncles, I got a job at the niche entertainment practice Babbington & Bray (now Bray and Krais). I started as a NQ solicitor working for George Babbington and Richard Bray, who each had incredible music artist clients. The work was very high-profile and exciting but it was a steep learning curve. One of the challenges of advising high-profile artists is ensuring that the opportunity of a commercial deal for the talent (the money and higher profile) is not outweighed by the potential risks and cost to the client in the detail of the agreement.

The thrill in what I do still comes from the satisfaction of seeing the excitement of a client sign a life-changing first recording or publishing agreement. That turns them from budding musical performer into someone with a shot at a career in the music industry. In the music industry, I have seen periods of boom and doom with the threat of piracy. Deal structures became tough for artists in the downturn period, with major labels seeking more rights and income participation from the artist. The streaming era heralded more avenues for artists to get their music in the market. As a result, more artists are self-starting their careers by self-releasing their music with innovative marketing, winning fans and leveraging better deals from major labels and publishers later. When I tell people about my work and clients I represent, everybody always wants the gossip – the story behind the news story. But I never give it!

Between 2006 and 2010, I worked closely with Michael Kennedy, a renowned lawyer in the world of football, representing numerous Premier League managers and players and the sports agency Formation Group (now YM&U). We advised managers and players in respect of their employment and on-field agreements, transfers and off-field commercial partnerships. I focused mainly on the commercial and brand partnerships side of things for players and athletes. It was an interesting and exciting time, during which top Premier League players and Olympic team athletes became very attractive to top brands.

Commercial negotiations on behalf of talent, whether from the entertainment or sport sectors, are always fascinating in terms of how that talent is valued by the partner. It was particularly interesting and rewarding to work with Olympic team athletes in the run-up to the London Olympics in 2012. They were entering into life-changing brand partnership deals to supplement their relatively modest incomes and subsidies.