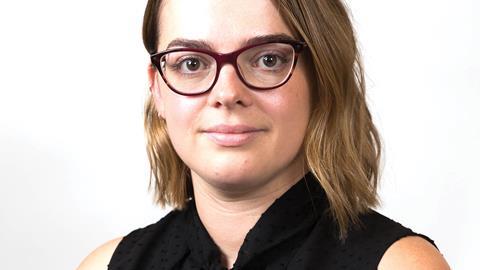 Associate and head of the proceeds of crime department

I was not part of a family of lawyers or graduates. Despite studying law, until my final year at university there had been no clear path in my mind to a legal career. While studying, I felt a bit like an impostor. I went to a comprehensive school where only a handful of students went on to higher education. As a sector, we should work much harder to make the industry accessible to talented people from a diverse range of backgrounds. In my experience, I felt this was missing.

I have been at Cohen Cramer since graduating from law school in 2013. I started as an assistant in the crime department and began a training contract in 2015. I approached John Goodwin, a director at the firm, about a bespoke training programme, with seats in crime, POCA and conveyancing. My firm has an open-door policy and anyone is able to approach a director with a new idea. I had the most wonderful training contract and I was given many opportunities to learn in a safe and encouraging environment.

Before this I studied law at the University of Hull and then obtained my graduate diploma at BPP Law School in Leeds. The academic element of my studies was tough, but manageable. It was the finances behind the training which I found particularly difficult. I worked throughout university and law school, unlike a lot of my friends. This year, I finished paying off my law loan. I see my undergraduate degree as a tax on my working life.

I wanted to specialise in POCA as the work is quasi-civil, which plays to my strengths. You have to enjoy drafting lengthy documents and be able to work your way around an Excel spreadsheet, as well as understand difficult tax and accounting issues. My training supervisor Helen Lynch was also an inspiration. As a well-established POCA lawyer, she gave me encouragement in making it my specialism. Many of my clients transfer from a different firm after their criminal proceedings have concluded. This creates challenges, as the previous solicitors have not always apprised the client at the early stages of the implications a basis of plea, for instance, might have on POCA proceedings. It is also a draconian piece of legislation to advise on, and it often takes clients a long time to understand the proceedings and what their role is.

Memorable highlights include giving evidence in a highly contested hidden assets POCA case. If a client does not pay a confiscation order, they can serve further time in prison on top of their original sentence in default. The client was going to serve a default sentence longer than the original sentence if I was not able to prove she did not have hidden assets. Proving a negative is difficult at the best of times but I was successful, and I was praised by the judge and the prosecution for my work. I had only been qualified a few weeks. Becoming head of the POCA department and a committee member for the Proceeds of Crime Association have also been highlights.

Section 22 of POCA 2002 allows prosecuting authorities to come back at a later date if, at the time the confiscation order is made, the person does not have the means to pay the confiscation order in full. As a defence solicitor, I believe that this piece of legislation flies in the face of the Rehabilitation of Offenders Act 1974 and Protocol 1 Article 1 of the Human Rights Act. In my opinion, the legislation as it stands forces clients to take their finances underground. There needs to be an element of discretion with the legislation to include lawfully obtained income and proportionality, which in most cases is currently not taken into consideration.

I am only 28 and I think my friends and family were a little surprised when I told them that I had been promoted. I was given the job on my merits and I worked really hard to prove myself as a suitable candidate. Promotion at Cohen Cramer is on ability only and my age was not a consideration to the board of directors.

If you are talented and ambitious anything is possible. I think aspiring lawyers can be a little misguided and believe that they have to fit a specific mould to become a successful lawyer or to become a head of department early in their career. But it centres around being confident and being willing to listen and learn from others.