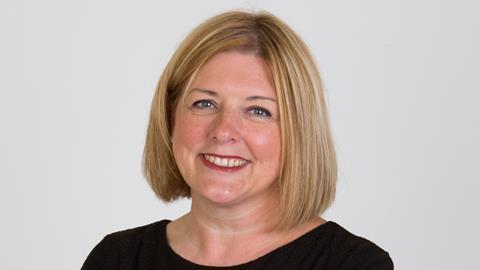 I went to Edinburgh University, which had a great law school. I remember sitting in a constitutional law tutorial in first year and my tutor – now a Court of Session judge – said that what he hoped we would all gain from our time at university was the ability to determine the legality of an issue, even if it wasn’t something we were particularly expert in. That has always stuck with me.

I was lucky to have a great boss during my traineeship. He focused on coaching and on helping me find the correct answer rather than telling me what to do. I’m not sure I ever thanked him enough for that.

The hardest but most enjoyable time was when the Freedom of Information (Scotland) Act 2002 first came into force. I was the only lawyer working for the commissioner and had to give advice on an entirely new area of law, with no precedent to go on and no textbook to tell me what I should be doing.

A career highlight has to be sitting in the House of Lords in 2008 (in the pre-Supreme Court days) when the court was hearing an appeal against one of the commissioner’s decisions. There was a Red Arrows fly-past for the 90th anniversary of the RAF over the Thames and I had to pinch myself to make sure I was actually there.

Probably the most difficult sorts of client – and the examples I’m thinking of are from 20 years ago – are those who, having worked on something for a year, give you two hours to ‘OK’ it – and then blame you when you tell them what they want to do is illegal.

Tax law is probably my least favourite law. We didn’t get on well at university although, thankfully, we finally clicked during my postgraduate diploma year. Just as well I’ve never had to advise on it.

I’ve always worked in-house, so have probably been sheltered from some of the changes to the wider profession over the years. In the public sector, resources remain an issue for legal teams, as does the lack of traineeships.

The legal adviser’s role has changed over the years, certainly in-house. We’re now more likely to be involved in projects right at the start, rather than being drafted in at the last minute. And we’re more visible on management teams.

Specialisation has improved the service we give to clients on narrow areas of law, so to that extent it must be good for clients. However, I worry we’ll all become so specialised that we’ll be scared to go out of our comfort zone and that it will take four lawyers to give the advice one lawyer previously gave.

Perhaps it’s just wishful thinking, but my hope for the legal profession is recognition that we’re not all greedy fat cats out to make a fortune at the expense of our clients.