It was rather on a whim that I ended up applying for vacation schemes while on my year abroad in Germany (studying modern languages). I fell on my feet because the graduate recruitment partner back then also ran the fraud litigation team. I ended up shadowing him and was completely hooked. When it came to qualification I was never 100% sure about litigation, which seems ridiculous now given that it so obviously suits my personality. 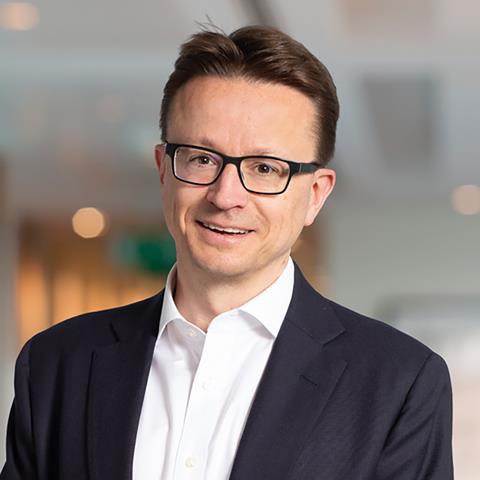 When I joined Hogan Lovells I was terrified that I had no idea what I was doing. Little by little you start to realise that, while many people are very sure of themselves, it doesn’t actually mean they know any more than you do. Sometimes the opposite is even the case.

I had an incredible opportunity to spend nine months in New York when I was just two years’ qualified. It was an amazing chance to really get to know colleagues in another jurisdiction, and to get under the skin of the local practice and legal culture. My time there culminated with a couple of weeks defending depositions. This was such a fantastic hands-on experience of working with live witnesses – something that you normally only see here when you get to trial. I’m still slightly scarred by the supervising partner forcing me to sing ‘Born in the USA’ at karaoke on my last night!

I’ve been fortunate to do a lot of work involving injunctions. When I was younger I liked to go and serve the injunction myself rather than rely on process servers. I always remember one glamorous Saturday morning when I was waiting for someone in the arrivals hall at Heathrow at about 5:30am (playing the obligatory spy game of hiding behind a newspaper). When he spurned my best efforts to serve him, we had to get an out-of-hours bench warrant from the weekend judge. The respondent was eventually rather more compliant when I turned up at his house later that afternoon with the police.

I’m still slightly scarred by the supervising partner forcing me to sing Bruce Springsteen at karaoke on my last night!

I dealt with a case for many years involving a defendant who had placed most of his visible wealth, including various properties, into a series of offshore discretionary trusts. We had to fight tooth and nail to get disclosure of the trust deeds and then to freeze the trust assets (each of which required a separate trip to the Court of Appeal). Eventually, after I had given around 100 witness statements in support of different applications, we were able to prove at trial that the trusts were shams since he had never truly relinquished control of the assets. The case also sticks in my mind as I had the ‘privilege’ of being cross-examined for two days – not an experience I would rush to repeat but one that gives you a very different perspective on the litigation process.

When it comes to commercial litigation, I most enjoy the strategy, including coordinating moves across different sets of proceedings or jurisdictions. I also still get a buzz out of looking at the primary evidence and piecing the picture together. What I have never particularly enjoyed is having to look at the Civil Procedure Rules. I much prefer to work out what I want to achieve and then worry afterwards about fitting that into a procedural box.

If you’re organised, and fortunate (like me) to be part of a fantastic team, then there is rarely a need to work late into the night. Although there will inevitably be occasions when that can’t be helped (and I can remember the odd all-nighter preparing search orders). The real issue is that the job is just never done and, even if I’m not at my desk, it’s difficult to flick a switch and stop mulling over the next move.