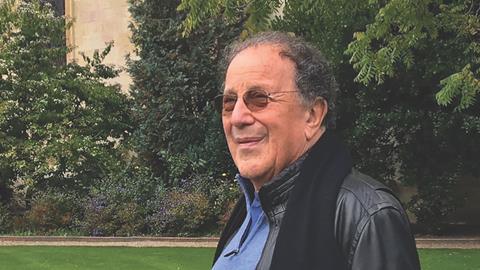 If I’d had my way, I would have stayed an undergraduate forever. However, economic necessity intervened and the law seemed the best choice, even though it meant three years of poverty as an articled clerk. I was an unenthusiastic academic but I immediately enjoyed the practice of the law, solving real problems for real people. My principal realised that I had talent combined with enthusiasm so he gave me my head. I spent the last two years of my articles as a virtual managing clerk. The practical experience was invaluable and, coupled with hard study, I ended up with top first-class honours in the final exams. Then followed two years’ national service as an officer in the RAF. I resented this at the time as an interruption to my career, but it actually gave me valuable management training – particularly in dealing with people.

I completed 50 years as a practising solicitor and then totally retired. I call myself a recovering lawyer. After the RAF, I joined a small City firm as junior partner. We had three staff. My boss had other business interests and virtually left me to run the firm. After three years he retired, leaving me as sole proprietor of an expanding firm. We moved into less expensive offices behind Fleet Street. The firm was still growing and I was keen to expand the partnership. It was difficult to find the calibre of lawyers that I needed but the firm still grew. Over 29 years, partly by merger and acquisition of smaller firms, we expanded to a total of 29 partners and a staff of 150 with offices in Covent Garden, but I was no longer happy. There was a divergence in philosophy between myself and the other partners so I left and joined Finers in the West End. I stayed for 20 happy years as a partner and for the last few years as a consultant.

Highlights include the excitement of growing the firm, training talented lawyers, many of whom went on to have great careers elsewhere, and helping clients, often in commercial aspects of their business. So many of my lawyers and clients became my friends. I always wanted to travel and I was able to develop my practice internationally.

My first book Anatomy of Professional Practice was published through the Gazette in 1987. It arose from a series of articles on law firm management I’d written for the Gazette. The then deputy editor, Harry Hopkins, encouraged me to convert them into a book. After retiring I wrote The Lawyer Who Couldn’t Sit Still. This partial memoir deals with the more exciting trips overseas that I undertook for clients. I left out the boring bits!

The most difficult book to write was my first novel Low Life Lawyer: In The Footsteps Of Bechet. After years of successful part-time journalism, I assumed that novel writing was much the same. It is not. My first effort was savaged by an important agent and it took 18 months of hard toil to rewrite it with the help of a good friend and learn the craft. It was originally named Rogue Lawyer but was changed when John Grisham wrote a bestseller with the same name!

When I started out, solicitors tackled everything that came through the door. Specialisation was unheard of. As my firm expanded, I was gradually able to unload certain types of work on others. The first to go was probate – I didn’t enjoy dealing with the dead. I was surrounded with conveyancers so it was easy to give that up. My school reports used to say ‘easily bored’. I found that I developed trainees to do better and work with greater enthusiasm in the areas in which I was purporting to specialise, particularly divorce and immigration. I was happy to pass on my work and clients, and try something else. Towards the end of my career, I concentrated on problems of professional partnerships, employing what I had learned in management as well as conventional legal skills. I view specialism as an inevitable consequence of the greater complexity of life, coupled with the rising cost of getting it wrong.

People’s social reaction when I tell them about my career is overall interest sometimes coupled with disbelief. I would say that it is the combination of two somewhat disparate careers which stirs their curiosity. How did I get from one to the other?

My advice to lawyers who also want to write is take every opportunity to develop your skills. Write letters to your local newspaper. Offer a column on legal advice. Try to develop a secondary career as a journalist. Write about your travels. Try short-story writing and, above all, do not be discouraged by rejection. Most of us have to get used to it.