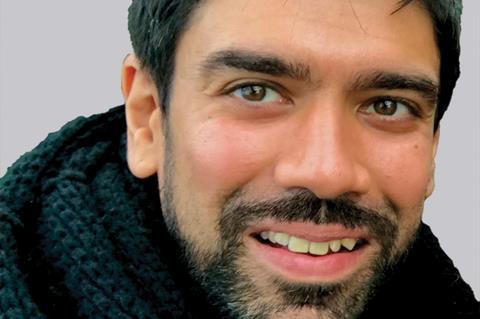 I’ve always had a keen interest in the law and how it affects individuals and can change society. I would also credit an amazing law lecturer at college for showing me how, as a lawyer, you can challenge decisions to make changes in society for the better. I got the bug. I completed my legal training at Sheffield Hallam University. I then took a year out backpacking in Australia and South-East Asia before returning to train and qualify as a solicitor at Tyrer Roxburgh Solicitors. I haven’t looked back since and became partner in 2011.

I really enjoy the diversity of work in family law. It allows me to work not only in divorce, separation and financial disputes, but also private and public law children cases. Specialising in a range of casework allowed me to undertake cases where I could also challenge local authorities, ensuring they were held to account, especially where they sought to remove children from parents. Family law cases can be highly emotive and trying to keep the temperature down can be quite a challenge. Often, an aggressive approach sets the tone where there need to be calm heads – easier said than done.

It is always tough in public law children cases, where a child is placed in foster care or adoption at the conclusion of proceedings as a last resort. These cases are never easy.

A particularly noteworthy high-profile case I had was one receiving significant coverage in the newspapers. It was particularly important for me to keep the client focused and not to be distracted by the negative press. We eventually sought a reporting restriction, which was granted by the court because of the sensitive nature of the case.

An urgent re-examination of the impact of cuts to legal aid is needed. I have always supported the idea of early intervention in family cases. There are cases that end up in court that may not have done so had they received early legal advice and negotiation to resolve matters. There were many successful outcomes in cases I had before LASPO [Legal Aid, Sentencing and Punishment of Offenders Act 2012], and the courts were not required to save costs without overburdening and overwhelming the family courts.

'It was a steep learning curve to go from solely working on casework as a solicitor, to partner and making management decisions for the firm'

There are many other changes I would like to see, including changes to the law. These include bringing in no-fault divorces to prevent couples having to attribute fault to end the marriage. It is an out-of-date concept and only escalates the differences between married couples in a charged situation.

It was a natural progression to managing partner as the firm restructured in 2011. At the time, decisions had to be made as to how the firm would operate in a fast-changing legal market. It was a steep learning curve to go from solely working on casework as a solicitor, to partner and making management decisions for the firm.

My inspiration at the firm was the partners I worked under, all of whom now sit as judges in north London. They continue to be supportive of the firm, as well as the founders Bruce Tyrer and Tessa Roxburgh, who set up the firm in 1974. I learnt a lot of skills from the previous partners and we have continued to build on the foundations they laid at the firm. One of the main challenges as a managing partner is inspiring the team, giving  them the confidence to succeed through empowerment, while managing the finances in an increasingly difficult cost-cutting environment.

It has been most rewarding to see the firm develop and build on its reputation. It now has four partners and has been gaining a lot of interest following some high-profile cases. It has always been rewarding to see the progression of graduates entering the profession and watch them develop from paralegals to trainee solicitors and then to qualify as solicitors. The firm has always had a very good ethos in developing staff to become excellent solicitors.

It was also a highlight to work with the BBC Asian Network to provide listeners with legal advice in family law. Some of them would have no other resource to gain such an understanding of the law. One of the main themes of the questions was around the legal validity of an Islamic marriage, which is still such a relevant issue today following a recent high-profile case.