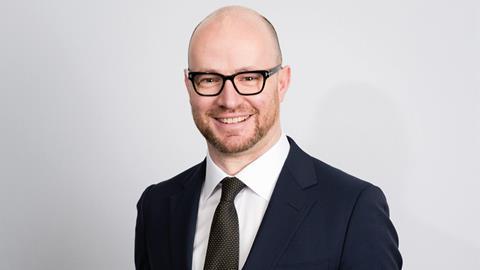 I first became interested in law as a teenager and was fortunate in that a friend’s father was the local solicitor in a high street firm. He gave me the chance to do work experience with him – and that set me on the path to becoming a lawyer.

While reading law at Oxford, I applied to train at Withers with the plan of becoming a family lawyer. But, during training and then as a newly qualified in the litigation team, I became interested in the workings of the litigation process through being involved in a succession of trials. I then stayed in commercial litigation. The work at Withers and then at Reed Smith (which was Warner Cranston at the time, I moved there just before the US merger) was varied and I enjoyed the cut-and-thrust of litigation. But I began to look for a broader challenge and ended up moving in-house to Marsh & McLennan Companies, Inc. as litigation counsel. This was liberating after private practice: being involved in the litigation process but at a commercial rather than purely legal level, working with advisers rather than advising, and learning how corporate and commercial life work.

One morning in 2007, I happened to read an article in the FT on the new practice of litigation funding, and thought that this was an opportunity that I could not miss. Two years later, my still current colleague John Byrne and I – introduced by my former boss at Reed Smith – launched Therium.

At that time in January 2009, Lord Justice Jackson was doing the roadshow for what became the Jackson Review into civil litigation costs. We were one of the funders that he met during that research. His report recommended, among other things, that, instead of statutory regulation, funders in England and Wales should form what became the Association of Litigation Funders; Therium became a founding member. The industry was, however, still nascent and there was a misconception that funding might not be legal, so it was critical that lawyers’ early experiences of working with funders were good and that nobody holding themselves out as a funder would drop the ball because that could hurt the credibility of the emerging industry. The ALF addressed this by setting standards of behaviour for funders through the Code of Conduct.

In the early years, Therium was approached about numerous cases that were highly meritorious, but which could not be funded on a commercial basis. This led to the idea of forming a vehicle to provide funding on a not-for-profit basis. It took us a long time to get to a point where we could make that a reality and we eventually did, launching Therium Access in 2018. In the intervening years that followed the financial crash, we also saw the rolling back of legal aid funding – which was the mainstay of firms like the one in which I did my first work experience – and an ever-growing justice gap between the need and availability of legal assistance for the most vulnerable in society. Investing on a not-for-profit basis to support projects and cases which promote access to justice and the rule of law is what Therium Access is all about.

From those early years, it is striking how dramatically the legal finance world has grown and evolved. When we started, everything we did was being done for the first time. The way that we funded the early cases was something we worked out from first principles, and techniques that we now use in every case were approaches that we worked out from scratch to solve problems on this case or that. Over time, our understanding of the process of investing in cases, of how to assess the risks and how to manage the cases successfully, has improved dramatically. At the same time, funding has gone from a novel source of finance, which lawyers might have ignored, to an integral part of how cases, and particularly certain kinds of case, get off the ground.

Litigation funders have gone from pitching how funding works to being providers of investment capital to the legal industry. The nature of investments is also evolving, delivering access to justice as well as driving innovation and competition in legal services. This transformation – from being a source of cash to pay lawyers’ bills, to investing in law – is just beginning, as the legal industry opens up to the opportunities that investment can bring.