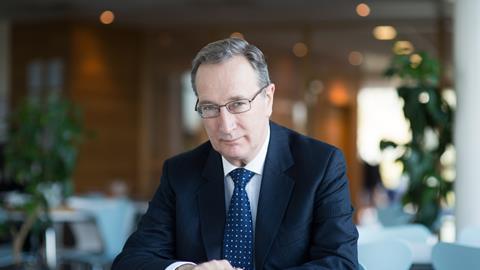 It is fair to say that I was drawn rather than pushed into a legal career. I enjoyed language and using and exploring the meaning of words. Law was an obvious profession. I also studied Latin at A-level, which then was considered useful. Of course, it wasn’t in the slightest.

A law degree and articles was a good combination and grounding, but my time at law school less so. I felt as though I was memorising a telephone directory.

Seeing Lord Denning in action in the Court of Appeal has been a memorable highlight of my career. His ability to grasp immediately a complicated and convoluted (and poorly presented) argument – and to reduce it to a lucid and pithy summary – was remarkable. That clarity of thought is apparent in all his judgments. Expressing a complex issue clearly is something I have tried to emulate.

I have always taught trainees that we learn most from the most difficult clients. They are a challenge and an opportunity to practise charm, tact and patience. It is not always possible, of course. I have been very lucky, have had some great clients and have learned a lot from them.

Top of the list of my least favourite laws is the Competition Act. Welding European civil law on to the English legal system was never going to be easy. Where the governing principle is that UK law shall not diverge substantively from European law, there is an obligation to ensure consistency of interpretation with existing and future jurisprudence of the European courts. The result is a harsh piece of legislation with penal consequences and few, if any, of the normal protections. Liability can be strict and, in certain areas, there is virtually no defence to an unwitting breach, no matter how carefully the undertaking has tried to observe the law, how hard it has worked at compliance, or how much it has trained its staff or adapted its processes and procedures.

My first boss said, when I demurred at undertaking a particular task for which I had no experience: ‘But Patrick, you can do anything! You are a lawyer!’ He commanded a landing craft on D-day, which I daresay might affect one’s approach to more mundane tasks. I think we can risk becoming too specialist and that does not make for good legal thinking. As a property development lawyer and then a general counsel, there was no danger of this for me. As a busy practitioner today, however, it is very difficult to have the luxury of sufficient time to tackle a problem from first principles.

More generally, there is a danger that law firms as a whole increasingly limit themselves to being technical experts on bits of the legal ‘plumbing’ rather than taking the role of what we used to call the ‘man of affairs’. We have ceded a lot of ground to accountants and consultants. A first step, and one that the Law Society might help with, would be for lawyers to become more financially literate.