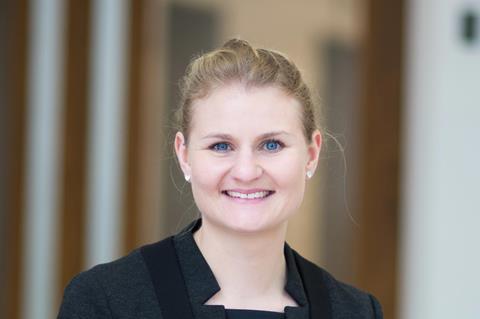 I was raised by an entomologist so developed a love of the natural world and an understanding of how important it was to protect that. I was never particularly gifted in the sciences. My skills set tended towards the humanities so becoming an environmental lawyer seemed the more logical fit. While I have taken a rather roundabout journey to pursue that aspiration, practising in the agricultural industry has provided the opportunity to work in a sector at the forefront of efforts to tackle climate change and biodiversity loss.

I qualified in the aftermath of the 2008 economic crisis when newly qualified jobs were few and far between. Initially, I worked within banking and financial services as a professional negligence lawyer for just over three years in Bristol. I didn’t realise then that the experience I gained would open the door to being an agricultural lawyer. There are many aspects of agricultural law that are highly specialist, in particular the legislation that governs the relationship between landlords and tenants of agricultural holdings.

I deal primarily with contentious cases including property, commercial and civil disputes. These involve a broad spectrum of legal issues, from succession in family farms to commoners’ rights to professional negligence claims involving contaminated land.

I have also focused on developing the firm’s sustainable agriculture practice. The sector is concerned with the emerging practices and technologies geared to reducing the environmental footprint of the industry while addressing issues of food security. I specialise in the regulation of insect farming for animal feed and human consumption.

Agriculture is undergoing huge change to address the climate and biodiversity crises. This is being heralded as the ‘fourth agricultural revolution’. Many aspects of the change are concerned with harnessing the incredible symbiosis between nature and farming which historically underpinned agricultural practices. This includes regenerative farming and agroforestry. Agricultural technology will also play a central role in food production on an unprecedented scale, in particular vertical farming, robotic farming, insect farming and other alternative proteins.

The agriculture sector is set to play a key role in the implementation of the government’s 25-year Environment Plan. In particular the introduction of Environmental Land Management Schemes (ELMS) as a mechanism for preserving and enhancing natural capital. The introduction of ELMS and the phasing out of traditional farming subsidies (under the Common Agricultural Policy) reflect the importance of farming not only in relation to the provision of food, but also for the protection of wildlife and the environment. Crucially, it is an acknowledgment of the critical role the natural world plays in economic prosperity as well as our health and wellbeing.

While the law of agricultural holdings is niche and technical, the work is incredibly broad. It can cover pretty much anything in the rural sector, from environmental law, landlord and tenant matters to partnership disputes and proprietary estoppel.

In December 2019, I hosted Michelmores’ first ever Sustainable Agriculture conference. With more than 150 attendees, the event brought together a strong mix of farmers, academics, entrepreneurs, investors and rural professionals. It was an opportunity to showcase the incredible innovations, ideas and policies which will shape the future of the industry. We had no idea at the time that the pandemic would provide such a brutal and stark reminder of the fragility of our relationship with nature.