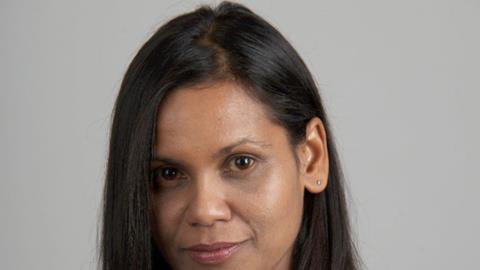 As the daughter of a retired school headmaster and amateur poet from a little fishing village in Trinidad and Tobago, I never envisaged becoming a solicitor. However, my dad instilled in me an appreciation of the liberating power of etymology, leading me to studies in literature, French and, eventually, the law. Every solicitor is, at heart, a prolific writer and carries within a desire to effect change through articulation and semantics. This is particularly true in my case.

Most of my legal training took place in common law-based Commonwealth nations. I obtained my  Bachelor of Laws and Legal Practice Certificate from the University of The West Indies. Since then, I have also qualified as a practising solicitor in England & Wales, and Scotland, which reflects a large proportion of the geographical footprint of Titlesolv’s operations, involving providing title insurance and risk management solutions for the property market.

My A-level studies must have had some subliminal impact on my choice of career, for I was introduced to the various permutations of social contract theory from Hobbes, Locke, Kant, Rousseau and Rawls.

I have struggled with the increasing lack of public respect for our profession, which is inordinately disproportionate to the pressures of the responsibilities which we carry. In reality, outcomes are almost never black and white and the process of decision-making is intricate and complex.

One of my first litigation cases was a custody hearing in which I acted for the father of a four-year-old girl. It was the first time I realised the difficulty of separating your own aspirations and emotions from those of the subject matter in every case.

As cliched as it may sound, the ability to practise law brings with it the ability to effect change and this includes having some influence on the regulation of the real estate sector. In that sense, my most exciting career moment is the present.

As an insurance underwriter, I am frequently required to make decisions which commit tens of millions of pounds of insurer capital, while simultaneously designing products which deflect risks away from solicitors and their clients. My legal training has absolutely provided the best cornucopia of capabilities for executing that balancing act most effectively.

Since I was first admitted in 1998, the profession has clearly become increasingly specialised and the areas of practice more segmented. In some ways, regulation and transactional overload have distracted younger practitioners from the true essence of the law.

The profession is starting to make some headway in terms of regaining respect and trust within society, which I hope will be accelerated as the sector continues to innovate and focus on delivering truly specialised legal services.