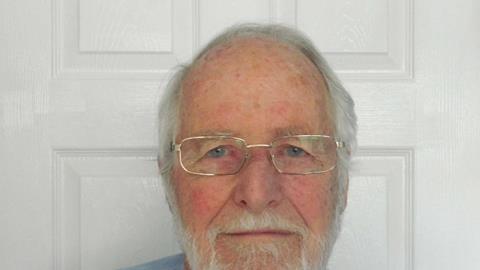 I went straight from school to the RAF College at Cranwell in 1950, where I flew Meteors, Hunters and Canberras. I was also a flying instructor in the Vampire T11.

I was an RAF flight commander for 19 years. During that time, I did quite a lot of courts martial work. I was a member of the court – they had a panel of three or five serving officers and a judge advocate to determine guilt or innocence and pass sentence. We weren’t given any instruction what it was all about, but it gave me an interest in the law.

I left the RAF in 1969. Ten days after leaving, I was a solicitor’s articled clerk at Ringrose & Co in Boston, Lincolnshire, attending the Boston Quarter Sessions.

I was exempt from doing a law degree because I had an RAF commission, and qualified in 1975. I did a bit of everything back then. The whole environment has changed now – you have to specialise and can’t be in general practice.

Articles are the best way of learning, so long as the principal does their job properly and you don’t just get stuck doing conveyancing for two and a half years.

The whole profession has got bogged down with box-ticking and the criminal process has become too prescriptive. It’s a completely different ball game. The government cuts are bloody awful – they want something for nothing and the whole system is falling to pieces.

The RAF was a lot more challenging than the law. I’d leave Germany at teatime on Friday and be up country in Malaya by Monday lunchtime in tents with monkeys.

I stayed in the law so long because I enjoyed doing it. You see all sorts of characters. I briefed Lord Judge, the former lord chief justice, when he was at the bar. As for clients, there are the expensive ones whose cases you will earn money from, and those for whom you do lots and lots of work for nothing. I had a bloke with a law degree once. He thought he had all the answers and I couldn’t explain anything to him.

To anyone considering coming into criminal law now, I’d say think carefully. It doesn’t pay. We’re still on the same rates as 15 years ago. You pay a plumber more than we get.

Now I have finally retired, I have all sorts of things to do. I’ve got classic motorbikes in the shed that I need to sort out and sell, including a 1950s Thunderbird – any takers?