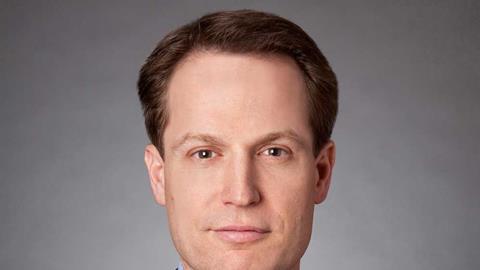 I wanted to make a difference in the world – to do something important. I had been a history major and profoundly admired the lawyers who shaped a great deal of US history – from the drafting of the constitution to evolution of antitrust, labour and civil rights law. I knew that representing a person or organisation at a critical moment would give me great satisfaction.

I earned my law degree at the University of Virginia, and then clerked for a judge on a US Circuit Court of Appeal – the federal appellate courts one level below the US Supreme Court. It is a wonderful tradition in the US to be able to have this experience at the start of one’s career.

There are few things more important than a person’s freedom or a company’s survival. I also wanted to try cases, and by becoming a federal prosecutor I was able to not only lead huge, high-profile cases very early in my career, but take many of them to trial.

The larger cases I tried as a prosecutor – from mobsters to CEOs to politicians – all presented incredible challenges. There is nothing like the crucible of a long, front-page trial against a skilled adversary, or in front of a tough judge, to really test your mettle as a lawyer.

I recently conducted an investigation on behalf of a large international company operating in west Africa. This was a true test. The client faced potentially devastating bribery allegations, and my team had to master an arcane set of facts that spanned the globe, while simultaneously navigating very different cultures and extremely nuanced legal issues.

One of my most exciting career moments came as a young federal prosecutor, giving the rebuttal summation in the trial of Gambino family boss John Gotti’s hitman for five murders. Dozens of victims’ family members, as well as a sea of law enforcement, packed the courtroom. After six months of long days, it was a profound experience to stand up and speak for all those people, make sure the jury understood what had happened and what it meant, and secure the conviction.

As a criminal lawyer, you are often dealing with people in very difficult circumstances. There is a great temptation to provide quick solace, but the only true solace is providing an accurate view of the situation and a steady, knowledgeable hand. I try to approach parenting the same way. I won’t tell my daughters the easy thing, but the reliable one.

Sadly, the quality of the hugely expanded ranks of both prosecutors and defense attorneys has been diluted, as lawyers without the requisite experience take on work they are not prepared to handle.

Companies under investigation by US authorities often feel at the mercy of prosecutors. The Department of Justice wields immense power, and the ability to push back is often constrained. My hope is that the current and coming generations of federal prosecutors stay true to the best ideals. When they do not, the targets of unfair prosecution suffer immensely, and there is an incalculable toll on both US citizens’ faith in their government and on the US’s stature around the world.