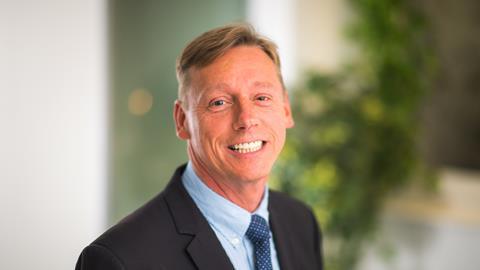 After school it was proposed that I go into the family’s fledgling catering business. My mother, aunt and uncle operated an inn with a restaurant in the Sussex countryside. They were all new to catering so I studied hotel management and catering operations at college to bring some much-needed expertise to the business. Upon qualifying, all I knew was I couldn’t stand the heat so I had to get out of the kitchen. I couldn’t cook but I came top of the year in applied law and economics.

I spent a gap year in the middle east then returned home a long-haired hippy with no job. My father was a barrister’s clerk. He got me an interview as a tea boy/outdoor clerk and I got a job working for Reid Minty & Co. I enjoyed it and resolved to qualify as a solicitor. I did so the hard way: home study and day release at college and via the Institute of Legal Executives.

In 1997 a former colleague needed help at the giftware and jewellery trade show at the Birmingham NEC and I volunteered. I was intrigued by the different forms of IP and how these myriad creations and designs were protected. I got involved in assisting my colleague and began studying intellectual property. Upon his retirement I took over the role at the firm.

Finally qualifying as a solicitor and then being made up to salaried partner feature high on my career highlights. Establishing that copyright can subsist in the design of a patchwork quilt (creating new law), succeeding in the Court of Appeal and the many enjoyable cases and memories of acting for professional footballers and celebrities are all highlights. But the most rewarding has to be succeeding in a hard-fought copyright case for a jewellery designer whose daughter died of cancer during the proceedings. Getting that win meant so much.

I have been privileged to act for the National Association of Jewellers and the British Travelgoods and Accessories Association for over 20 years. My erstwhile colleague created an IP protection scheme called COPYWATCH®. It offered members of these trade associations access to IP lawyers at the major trade shows each year.

I would (and still do) attend the shows and make sure I am on hand to give advice and, where needed, representation to exhibitors and visitors. Very often it is only at a trade show that a designer becomes aware that their creation has been copied. It is then that they need assistance, not after the show when the damage has been done. Outside of the shows I provide a telephone advice service and take on referrals from the NAJ in the usual way.

I write regularly for the trade press on issues of IP and changes in the law. I have carried out formal duties for the NAJ and thoroughly enjoy meeting and advising such wonderfully talented artistic people. I couldn’t design a napkin, let alone original items of jewellery.

The burning issue and area of great uncertainty for IP lawyers and IP holders is Brexit. For all its alleged evils, the EC has given us Europe-wide rights in design, trade mark and patents. The European Unregistered Design Right is of particular importance to jewellery designers, who I mostly represent. I would like to see it extended or a new right created that mirrors the EU version.