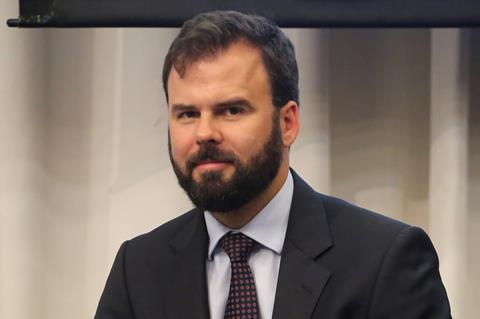 I was motivated to pursue a legal career at a young age. As my family immigrated to New York from the Soviet Union, I often found myself (as is a common immigrant experience) translating from Russian and advocating on their behalf in various official settings. I later considered pursuing diplomacy as a career and now find my work in international arbitration touches on some of the same skills.

My unique course of study allowed me to spend two years of my Juris Doctor programme in Washington DC and to conclude my third year studying French law in Paris. I spent a few years doing international arbitration internships in Paris before the firm where I was working, Freshfields Bruckhaus Deringer, invited me to join them as an associate in London. Although I had already taken the New York Bar exam, I later took the QLTS exam to dual-qualify as a solicitor. Much of my work has been based in English law and other common law systems, with a large dose of Russian, Kazakh and Ukrainian law, as well as the international law of investment treaties.

After a decade in the arbitration teams at Freshfields and White & Case, it was daunting to strike out on my own and I recall often being described as ‘brave’. I later learned that from a British person that this really means ‘you are insane’. I made a list of the support services typically provided by a large firm to its lawyers and have found, over the two years since my launch, that I have organically managed to replicate these on a more tailored and cost-efficient basis. More importantly, I suspected there was appetite among clients for top-quality arbitration counsel without the costs and overheads associated with large firms, and fortunately this has been borne out.

'It was daunting to strike out on my own and I recall often being described as ‘brave’. I later learned that from a British person that this really means "you are insane"'

The largest barrier to setting up my own practice was psychological. Once I was comfortable putting Vail Dispute Resolution into the world, things came together naturally. Clients appreciate being able to work directly with the person managing the case, as well as the built-in cost savings and lack of bureaucracy. Collaborating with other like-minded professionals, including independent legal practices around the world (for example to jointly pitch for matters), has also been helpful.

The bulk of my time is spent as arbitration counsel. Vail Dispute Resolution is currently acting in two investor-state arbitrations against Belarus and Ukraine (in both cases against prominent international law firms). Other matters not in the public domain are also under way, including a mix of commercial arbitration (for example, LCIA arbitration under English law) and other investor-state arbitrations both in eastern Europe and elsewhere. I also sit as arbitrator and have so far been appointed by various institutions such as the SCC and SIAC.

I was first introduced to the arbitration world through a series of fortuitous events, including a chance meeting on public transport with Nigel Blackaby QC, whom I did not know then but later became a Freshfields colleague. Over the course of my career, my sense is that the distinctions between arbitration and litigation have become more widely recognised. Young people have also become more aware of arbitration as a potential career path earlier on, so take steps to prepare accordingly. At the same time, where the wealth of arbitration knowledge and experience was previously held by a select few luminaries, the talent pool of both counsel and arbitrators has grown significantly. This has had a net effect of increasing options for clients who are not confined to working with the same large firms practising from Paris, London, New York, or Washington. Technology has of course also helped increase the talent pool, as independent teams can compete effectively with more traditional practices, with access to the same (or better) resources.

The Equal Representation in Arbitration Pledge is a great example of this kind of development. Arising out of the observation that women make up on average 10% of arbitrators, the pledge was launched in 2016 to improve the profile and representation of women in arbitration. Among other steps, signatories pledge that wherever possible, lists of potential arbitrators include a fair representation of female candidates. As of August, there have been 4,700 signatories to the pledge, including nearly 1,000 organisations.