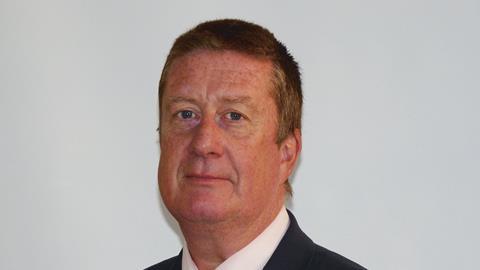 My eldest brother is a barrister. I thought a legal degree would be good to have, but I had no intention of practising. My father was the managing director of a large factory in Liverpool so I was always destined to go into industry.

The law degree and the barrister year in London (a series of formal dinners with few lectures) feel like a waste of time. There were so many dull aspects of the law degree. Law is all about dealing with and getting along with people – clients, other lawyers and judges. The formal legal training does not teach you that.

The hardest challenge I’ve faced is trying to persuade the judge that I have a clue what I’m talking about. The legal aid changes have taken a huge part of the population out of scope, which is like denying five million people access to the NHS. If you cannot afford it, you are not getting help.

Most lawyers are fine to deal with professionally but I cannot stand those who are aggressive and arrogant at the outset. I find this approach ridiculous because they don’t know what the outcome might have been. We could have both agreed in any case and it is not necessarily in the best interests of their own client to adopt this stance.

In 34 years of being a lawyer, perceptions of the profession have changed from being very much respected to appalling. It is the fault of the government, who have contributed to devaluing the profession. It is a vote-winner to attack lawyers and say we are money-grabbing; they never point out the good we do. With society as a whole facing austerity, this is not going to make us popular.

The hardest client is one who thinks they know the law – the type who carries out research on the web and so on. A little bit of knowledge is a dangerous thing. They may have basic knowledge but they do not have years of training.

I used to be a barrister and am up against barristers every day in court, so dealing with them is no problem.

Legal aid has been lost not just for criminal law or family. It also used to help with other cases such as personal injury. People’s rights have been diminished.

There is greater transparency. People can view information relating to cases readily as they are reported and there is increased publicity surrounding them. Another gain is that people are free to do their own legal work, should they wish to – for example divorce and conveyancing.

I hope the profession is not eroded any further, although I think it will be.

There aren’t too many lawyers at the moment, but there will be if the government has its way and opens up public access to all law.

I didn’t advise my youngest son to become a lawyer. In fact I did not allow him. It is becoming increasingly difficult as a lawyer because it is so competitive now.