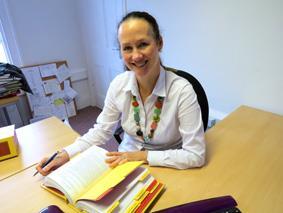 My starting point was a social sciences degree with honours in social work from the University of Cape Town. I recognised that the injustice of the legal framework of apartheid South Africa was of more interest to me than working on the frontline in social work. It was about having a vehicle to try and change things at source rather than deal with the symptoms of unjust and immoral law. I converted to law.

Personal circumstances brought me to England soon after. I did the London University external LLB (the UK did not recognise my South African degree). It was so comprehensive, covering everything from constitutional law to jurisprudence, and forced me to do subjects I had no interest in (like company law). The LPC which followed gave me the basic skills I needed in practice, and my training contract built on that.

The hardest challenge I’ve faced as a lawyer is finding a way through the post-Jackson costs reforms, holding on to making my niche practice as a child abuse lawyer sustainable.

Memorable highlights include JGE v The Portsmouth Roman Catholic Diocesan Trust [2012] EWCA Civ 938. The Court of Appeal held that a bishop could be held liable for wrongdoings (sexual abuse) by priests in his diocese. It was a landmark case with potentially wide-reaching consequences extending to other organisations where quasi-employees commit wrongdoings for which their ‘employers’ can now be held liable.

Another is ABB & Ors v Milton Keynes Council [2011] EWHC 2745 (QB). The local authority was held liable for the shortcomings of social work provided in the early 1990s to a family whose children suffered sexual abuse by their father for many years. My clients were made the highest ever awards of damages in such a case in the UK.

All my clients are survivors of abuse, usually by someone in authority. The betrayal of trust they have experienced sometimes carries through into the solicitor-client relationship, which requires the highest level of client care possible.

My least favourite law is the Limitation Act 1980 which imposes a time limit on ‘historic’ abuse claims, which is the claimant’s 21st birthday. The nature of sexual abuse is such that it can take a person years to speak about their abuse, for reasons of shame, fear and simply because they have been so emotionally manipulated by their abuser. It is not uncommon for survivors to wait until their abuser is dead, by which time a civil action is almost impossible. This time limit rule does not apply in the criminal law (defendants can be prosecuted for sexual offences decades after the alleged events) so why can’t the civil law be consistent with this?

Survivors of abuse have remedies available to them which they did not have when I first started doing this work 15 years ago. In practice, however, their ability to access justice has been eroded by massive cuts to the legal aid budget and extortionate court fees. So funding their claims is becoming harder and harder.