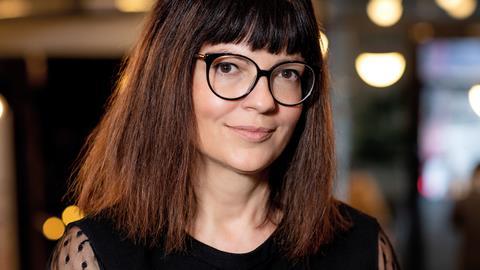 I plumped for a career in law because my mum told me to. I then sat on my bed aged 17 and read A.V. Dicey’s The Law Of The Constitution – possibly the only law book I could find in Stafford Library – from cover to cover instead of going to the pub with my friends like a normal teenager. I decided if I enjoyed a rather dry read like that I might well be cut out for law.

I was one of those kids who constantly said ‘it’s not fair’ to my parents and had a burning sense of injustice. This still sits heavy on my shoulders today. It was only much later that I realised the law is not always about what is fair.

I chose to read law at Lancaster University because the course was quite colourful and radical. It had exciting units such as ‘Gender and the Law’ and ‘Critical Analysis of the Law and Human Rights’. I got to do a dissertation on human rights, which in the early 1990s was quite unusual (not so much now).

I did my Law Society Finals at Chester College of Law. Then, as nearly every other immigration practitioner might say about themselves, I fell into immigration law by mistake. An opportunity came up at the Immigration Advisory Service for an immigration counsellor position.

I soon realised that in immigration every case is unique, deeply personal and life-changing to the people seeking to establish lives and businesses in the UK. For some clients fleeing persecution it was literally a matter of life and death. I went on to train and become a partner at Irving & Co, working largely on asylum and human rights cases.

I always loved the fact that it was your client against the might of the state. Whether this was taking apart a questionable Home Office decision that had the hallmarks of a cut-and-paste job, or challenging an adverse tribunal decision in a judicial review or in the Court of Appeal, it all appealed to my sense of fairness.

The challenges differ working in City law firms. Commercial immigration with corporates, investors, high-net-worth individuals and global talent is very different, yet whether representing individuals, families or firms, you are always up against constant policy changes. Immigration is a political football frequently in the news and every week brings new updates to the law.

There is no other area of law where legislation is evolving as often. This year will see the 10th Immigration Act in the 25 years I have practised, not to mention the countless Immigration Rules changes announced in parliament and revisions of Home Office policy guidance documents.

I co-founded Ganguin Samartin in 2015. My business partner said starting up a firm is like having your first child. You look at it with love, but the overwhelming, crushing responsibility is never-ending and you often feel out of your depth. People say that with your second child you are more prepared and relaxed, but I founded Vanessa Ganguin Immigration Law in January and am still wondering when I will get my first full night’s sleep.

There is never a boring day in immigration law. And rarely a week when immigration law is not in the news. An example is the ETS English test scandal, when many students (such as the ones I represented) faced removal and interruption of their studies through no fault of their own due to an over-zealous Home Office reaction.

One of my clients was a young asylum-seeker from Iran who was offered a place at Cambridge to study medicine. He wanted to give back to the country that had fixed his heart condition and become a doctor here. The Sun editorial mentioned his case and insisted: ‘This goes to show that as we’ve said all along, this country needs a more flexible immigration policy.’ I’m not entirely sure whether the Sun have always said that all along.

The coronavirus pandemic and the overhaul of our immigration system post-Brexit provide a double-whammy of challenges for the firms I advise and for their employees. At the same time as travel is restricted amid the threat of border and visa centre closures, companies have to get their sponsor licences ready for a post-Brexit immigration regime that is due to start next January after free movement for EU nationals ends. As I said, there is never a dull moment in immigration law.