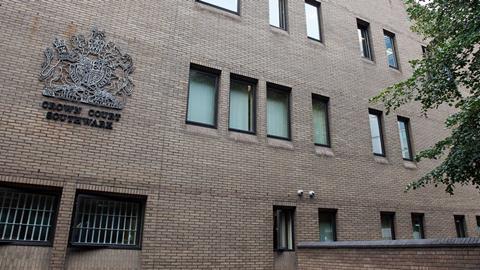 A solicitor accused of dishonestly funnelling nearly £20m of investors’ money from a legal financing fund into his own pocket today told jurors the fund was set up to fill ‘the big black hole in the market’ after access to legal aid was reduced.

Timothy Schools, 61, is said to have received ‘just over £19.5m’ from the Cayman Islands-registered Axiom Legal Financing Fund before it collapsed in 2012. He allegedly used some of the money to pay for an estate in Cumbria, a personal trainer and football season tickets.

Prosecutors say the fund – which was set up to lend money to firms pursuing no-win no-fee claims, mainly in relation to unenforceable consumer credit agreement cases – made loans only to Schools’ Preston-based ATM Solicitors in 2009, the year when it commenced trading.

Co-defendant Richard Emmett, 47, allegedly received just over £1m through his firm Emmetts Solicitors, which later became Ashton Fox Solicitors. The court has previously heard this firm was ‘Emmetts plus ATM’ after it bought the latter at an allegedly ‘inflated’ value of £3.5m in 2011.

Former financial adviser David Kennedy, 69, is accused of receiving over £5m, some of which he is alleged to have used to buy property in the Swiss Alps, as well as in Tenerife and Hull.

Southwark Crown Court previously heard that ATM Solicitors was given its name because Schools used it as ‘his personal cash machine’, however Schools – beginning his evidence today – said the name was chosen in order to attract clients.

‘My motivation for that was to try and use it as a marketing ploy … [to] attract clients in to the firm, conduct their litigation and get them compensation so that we got money out of the other side,’ he told the court.

Schools and Kennedy are charged with fraudulent trading to dishonestly enrich themselves to the detriment of Axiom investors in relation to The Synergy Solution Limited, which the court previously heard was ‘the first business’ they used to authorise loans to law firms.

Schools also faces one count of fraud for allegedly abusing his position as Axiom’s investment manager through his control of Cayman Islands-registered Tangerine Investment Management Limited, by authorising an agreement between Axiom and Ashton Fox for his own personal benefit.

He faces two further counts of fraudulent trading: one for allegedly carrying on the business of ATM Solicitors for a fraudulent purpose and a separate count along with Emmett, both of whom were solicitors at the relevant time, in relation to funds loaned to Emmetts and then Ashton Fox.

Asked by his barrister George Carter-Stephenson QC whether The Synergy Solution ‘ever dishonestly traded in order to enrich yourself and Mr Kennedy to the detriment of Axiom investors’, Schools said: ‘No, it did not.’

Carter-Stephenson asked Schools if Tangerine Investment Management was operated in a way which acted against the interests of Axiom investors, to which he replied: ‘Absolutely not.’

Schools said the fund was designed to ‘facilitate the introduction of loans from the fund to law firms in the UK to facilitate their ability to conduct low-value litigation’ and that it was intended to ‘make a strong return and enrich the investors ultimately’.

‘My motivation was really generated through the withdrawal of legal aid funding in the first instance,’ he said, ‘so a lot of these people who may have legitimate claims … would no longer have anywhere to go.’

Schools added that large law firms would not take on such cases ‘so I was looking to try and assist with what I considered to be the big black hole in the market’.

He was also asked by Carter-Stephenson about ‘the rationale behind your firm [ATM Solicitors] being the sole firm that was in receipt of funding’ in the year it launched, to which Schools replied: ‘Dave Kennedy and I approached a number of funders previously and for different reasons they never got off the ground, so we did not know to what extent, if at all, the Axiom fund would get off the ground.’

He added that this ‘made it impossible for us to go to any other law firm to try and arrange any kind of credit line to them because we did not know if the Axiom fund would raise £1,000 or £1m or £100m’, but that ATM could ‘accommodate that kind of fluctuation’.

Opening the prosecution case earlier this year, Miranda Moore QC said the Axiom fund was valued at around £120m in 2012 when it was suspended shortly after auditors discovered that Ashton Fox, which owed the fund £60m, would only be able to repay £65,000.

The court heard Axiom marketed to ‘sophisticated investors’ as offering a projected growth rate of between 10-11% a year with an expected case success rate of over 95%, lending money to a ‘genuine independent panel of law firms’ to fund ‘vetted cases’, jurors were told.

Moore said: ‘What in fact happened was that those that arranged for the loans to be paid out, Mr Schools and Mr Kennedy, made the loans to a very limited number of law firms. In fact, in 2009 loans were only made to one firm, ATM, controlled by Schools – it was his firm.’

She added that ‘later, loans were made to other firms in which he [Schools] held undisclosed interests’, including Ashton Fox and another firm called Bracewell Law.

Schools, of Penrith, Cumbria, denies three counts of fraudulent trading, one count of fraud and one count of transferring criminal property.

Emmett, of Grimsargh, Lancashire, denies one count of fraudulent trading and one count of facilitating the acquisition, retention, use or control of criminal property by another.

Kennedy, of Hetton-le-Hole, Tyne and Wear, denies one count of fraudulent trading.