A legal consumer watchdog said today that clients from ethnic minorities feel less empowered when using legal services and are less trusting of lawyers than their white counterparts.

The Legal Services Consumer Panel said that little had changed since its last paper five years ago on the experiences of consumers from different ethnic backgrounds, and identified a ‘troubling inequality’ among consumers.

The panel’s latest state-of-the-nation report found consumers from ethnic minority communities shop around and use online services more than white British consumers, as well as making more use of comparison websites.

But there continue to be issues with choice and satisfaction, with levels of trust in legal services providers lower (51%) among BAME communities compared with white British (68%), and a similar difference in confidence that lawyers would keep their money safe. In 2020, 22% of BAME consumers said it was difficult to find information about the quality of services, compared with 16% of white British consumers finding the same. 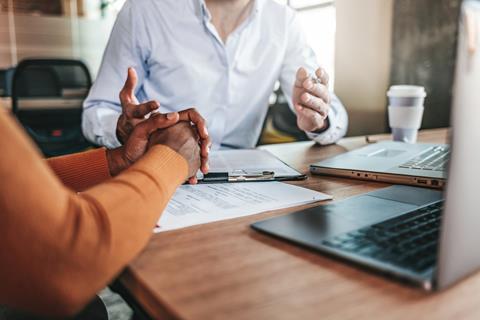 The panel now wants regulators to address lower levels of trust and to continue working towards ‘more meaningful’ price and quality transparency.

Sarah Chambers, chair of the consumer panel, said the none of the recommendations made five years ago had been explored or implemented, and this time the group would be ‘more proactive in nudging’ regulators to deal with the issue. She said: ‘We have identified a gap that must be addressed. This is a problem that arguably mirrors how people from different ethnic backgrounds experience the criminal justice system.

Regulators must not shy away from ensuring that legal services deliver good outcomes for all consumers, including those from black, Asian and ethnic minority communities.’

The panel acknowledged that BAME consumers were more likely to deal with areas of law that are less transactional and provide less of an element of choice, such as immigration services, employment disputes or housing problems.

Clients from ethnic minorities are more likely than white British clients to receive legal services online rather than face-to-face, while they are less likely to pay for legal work on a fixed fee.

The report also recommended that representative bodies should consider ways to raise awareness about the importance of preparing a will, particularly in the black African and Pakistani communities.

Just 22% of people from BAME groups had made a will when they were surveyed in 2018 (the proportion had fallen from 29% two years earlier), compared with almost 50% of white British.