Bar watchdog ‘must do better’ on investigations, DG admits

The Bar Standards Board ‘must do better’ on completing ‘agonising’ investigations into barristers accused of misconduct, its director general has admitted.

Mark Neale said the regulator will undertake ‘a full-scale review of regulatory operations’ in an attempt to improve efficiency in dealing with complaints.

The BSB has ‘struggled in the recent past’ with the speed of its investigations, Neale said in a speech to the Legal Practice Management Association yesterday, citing ‘a rise in both the volumes and complexity of the cases with which we deal’.

He emphasised that ‘the standards of our decision-making in disciplinary matters are … high’, but added: ‘To be clear, we must do better. It’s equally unacceptable to those making reports and to the barristers who are the subject of those reports to prolong the agony.’ 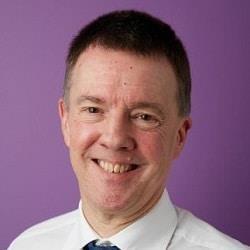 Neale: regulator must speed up ‘agonising’ investigations into barristers

Neale said the BSB is ‘already seeing the fruits’ of its focus on efficiency, telling the conference that before the cyber attack the regulator suffered last month ‘we were on course to hit our service levels for turning round reports and authorisation requests’.

He also called on chambers to do more to promote diversity and equality, saying that ‘too many chambers persevere with time-honoured, but uninclusive, approaches to recruitment, to development and to the distribution of work’.

Neale said the recent report by the Bar Council’s Race Working Group – which found that barristers from ethnic minority backgrounds ‘face systemic obstacles to building and progressing a sustainable and rewarding career at the bar’ – is ‘a good point of departure’.

‘I would like to see senior barristers, alongside chief executives, championing standards, equality and access within chambers to demonstrate that these things matter and to deliver effective reform,’ he added.

Neale said the BSB is ‘not setting out now to regulate chambers themselves’, but that ‘we do want chambers and the profession to be allies in advancing our regulatory objectives’ and also said that the regulator plans to ‘clarify our expectations of chambers when it comes to oversight of standards, equality and access’.

He also revealed that the regulator is ‘looking at the merits of incorporating the Bar Standards Board, a path already trodden by the [Solicitors Regulation Authority] and by CILEx Regulation’, a move he said would allow it to ‘streamline our governance’.