Sky-high indemnity insurance costs are set to remain for some time as underwriters run scared of a barrage of claims coming in against law firms, a new report has predicted.

Brian Boehmer, partner with broker Lockton, said in a newly-published report that the outlook was ‘bleak’ as conditions were tougher than anyone in the sector had predicted, with an upward trend in the severity of claims experienced.

Premiums increased this spring by an average 27.3% across all firms, up from 21.4% in October 2020 and 17.3% in April last year. On average, practices with at least four partners saw premiums increase more than 30%.

Even for practices that had been claim-free, the average increase this year was almost 23% this year.

Boehmer said the renewal season this spring was ‘not an enjoyable experience’, with firm leaders struggling to fulfil all their insurers’ requirements, some while juggling the demands of home schooling and other commitments, and paying much more to secure cover. 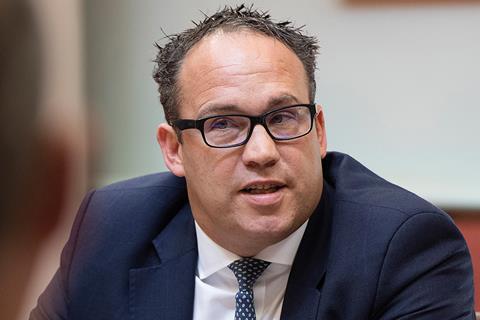 Boehmer: outlook ‘bleak’ as conditions tougher than anyone in sector predicted

He said: ‘The good news is that the insurance market is cyclical and harder markets typically do not last as long as other aspects of the insurance cycle. However, unfortunately we do not envisage the current market conditions changing positively for some time. We anticipate that rates will continue to rise in October, although perhaps not quite as dramatically as they have done in recent years.’

Two-thirds of law firms faced no claims against them in the previous year, but the claims against the one-third surpassed the premiums being collected, resulting in insurers applying increases to their rates across most practice areas.

Boehmer warned that insurers will not relax their cautious approach until there are ‘significant signs of improvement’ in the economy, and even then this will not be reflected in lower premiums for some time.

He said conveyancing work continues to be a ‘big driver’ for claims activity against law firms, although probate is another growing area and one where mistakes are increasingly costly. Insurers were also wary of personal injury reforms that came into force last month and wanted to know what firms had planned if they relied heavily on lower-value work.

Boehmer said that around 25% of the legal profession of England and Wales renewed during the spring but, despite warnings, a significant proportion did not get their presentations into their broker in time.

As with last October, insurers made ‘extensive’ information requests, wanting at a minimum to check that claim summaries were legible and recently dated, as well as a Covid-related questionnaire. If claims were on the record or open, an explanation was expected and even then some insurers required an additional questionnaire to be completed.

In response to the report, a Law Society spokesperson said: 'We previously warned firms could expect increases of 30% for their PII. Now, it seems it has happened.

'The legal profession is operating in a hard market, but the situation is being made worse for our members by a significant minority of firms producing claims that exceed the premiums raised by insurers.

'This situation is not sustainable, so it is essential that members – and those doing conveyancing work in particular – take steps to review their risk management practices and ensure these are adequate to avoid all but the most improbable claims.'