Ireland's Supreme Court today delivered a blow to the growing international market in third-party litigation funding. In a much-awaited ruling in Persona Digital Telephony Ltd v The Minister for Public Enterprise, Ireland’s highest court ruled that litigation funding remains unlawful in the jurisdiction, and is both a civil and criminal offence.

The claimant, Persona, had sought a declaration from the court that in entering into a funding agreement with Harbour Litigation Funding – without which, it would not have the money to bring its claim – it was not ‘engaging in an abuse of process and/or not contravening the rules on maintenance and champerty’.

The Supreme Court refused to give the order, upholding an earlier decision given in the High Court, that such funding was unlawful. 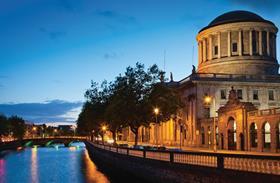 Funders had hoped that the Supreme Court would take the opportunity to develop the historic doctrine of maintenance and champerty – which prevents third parties from financing litigation in which they are not involved – to open the door to the litigation funding industry.

Persona’s case had a strong public interest element, as it involved disputed allegations over the way that telecoms licences had been awarded and the claimants lacked the means to proceed without financial support.

But chief justice Susan Denham said: ‘It was argued that the court could develop the common law on champerty in light of modern policy and constitutional issues.'

She added: ‘The court was asked not to be seduced into changing the law in the interests of what the court may perceive to be just. It may be said that in light of modern issues, such as Ireland being an international trading state, issues arising on arbitrations, and in the Commercial Court, it might well be appropriate to have a modern law on champerty and the third-party funding of litigation.

‘However, that is a complex, multi-faceted issue, more suited to a full legislative analysis.’

Susan Dunn, Harbour’s head of funding, said: ‘Both we and the claimants are disappointed by today’s outcome. We spent a lot of time reviewing this claim and still believe it to be one of the most meritorious cases we have ever considered, and one in the public interest, and that it should be pursued… It is a shame if meritorious claims such as this still cannot be pursued in Ireland, simply for lack of funding.’

Dunn added that the decision went against the ‘recent trend of positive developments’ regarding third party-funding, in Singapore, Hong Kong, Dubai and Paris.