Changes to barristers’ defence fees should be announced by the start of next year, the lord chancellor has revealed – two months later than originally planned.

In her weekly message, chair of the Criminal Bar Association (CBA) Caroline Goodwin QC said she had met with Robert Buckland QC MP to discuss fees in the run up to the election.

According to Goodwin, Buckland ‘repeated that whilst the pre-election period was complicated, he wanted a set of proposals to be ready and the ground prepared so that he could make, should he be back in power, decisions at pace’.

Buckland said he wanted to be ready to announce proposals on three key issues – flat brief fees, cracked trials and unused material – by New Year and to have made ‘positive changes’ by April 2020, providing he is still in office. 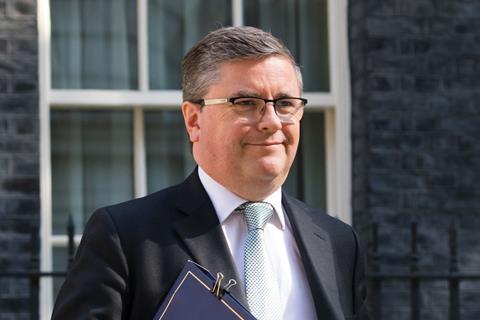 In June, the CBA struck an interim deal with the Crown Prosecution Service and Ministry of Justice over fees after threatening industrial action.

On defence fees, the MoJ pledged that issues of unused material, fees paid for cracked trials, and uplifts in paper-heavy cases would be considered more quickly than planned, and proposals for change would be provided by November.

However, a series of delays has meant proposals are now running behind schedule.

Goodwin told members: ‘We hope that the cautious optimism we felt when we left the meeting will not be crushed, dashed or withered by some unfortunate and unnecessary intervention. Again, the ball is firmly in the court of the individual possessed of that position.’