The former head of charity Save the Children has denied wasting funds on lawyers to send ‘highly aggressive’ letters to media organisations. Sir Alan Parker appeared on Tuesday before the International Development Committee of the House of Commons to answer questions about how the organisation responded to allegations of staff misconduct and cover-ups.

It was claimed by Conservative committee member Pauline Latham that Save the Children had spent more than £100,000 hiring lawyers to respond to media outlets and have stories ‘shut down’. 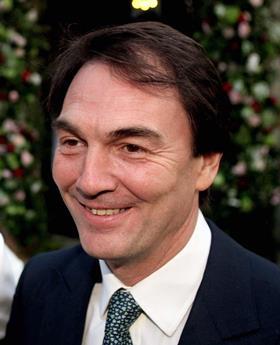 Her committee colleague Nigel Evans identified London firm Harbottle & Lewis as retained by Save the Children. Evans said that, according to the Daily Mail, the firm was hired to send ‘multiple highly aggressive letters’ on the charity’s behalf to discourage reporting of scandals. Evans said: ‘People put the odd pound in a collecting tin or five pounds in a small envelope and yet, though you can’t confirm exactly how much was paid to the firm, it will run into thousands. Do you really think when you are trying to protect the reputation of an organisation that the people who put in the one or five pounds will think that is money well spent?’

Parker questioned whether the letters, some of which he saw before they were sent, were aggressive as described, adding that lawyers were ‘trying to make the facts clear at the time’.

He said: ‘If really misleading comments are made in the media and repeatedly so, that can undermine a lot of the good work people in Save the Children around the world are doing and undermine the support. There were a lot of comments around cover-ups and about statements that simply didn’t meet the facts at the time.’

Parker, who resigned as chairman last month, denied the accusation his involvement of external lawyers was an attempt to ‘close down’ the ongoing coverage but said it was instead intended to ensure the charity was properly protected. The charity will write to the committee outlining exactly how much was spent on external legal advisers.

The Charity Commission is investigating how the organisation dealt with allegations of misconduct and harassment against its staff.