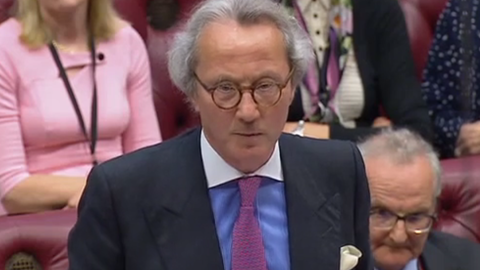 Opponents of the government’s whiplash reform programme suffered a blow in the House of Lords yesterday when an attempt to kill off a key part of the legislation was voted down.

Peers defeated a proposed amendment from a former lord chief justice, the crossbencher Lord Woolf (Harry Woolf), to remove tariffs for limiting damages in the Civil Liability Bill. The vote, which followed more than two hours of debate, was won by the government by 218 to 205.

The vote at the report stage in the Lords will be a bitter pill to swallow for campaigners who had pinned their hopes on the upper house putting pressure on the government to amend its plans. It is now unclear what, if any, further efforts can be made to have the legislation further redrawn, as it moves onto the House of Commons.

The government did make one concession, pledging to bring forward at third reading an amendment to require the lord chancellor to consult the lord chief justice before setting or amending the tariff.

But Lord Keen of Elie (Richard Keen QC), justice minister, insisted that tariffs should not be left for the judiciary to decide. ’We are dealing here with a policy that requires deterrents and with a political question,’ he said. ’It is surely right that the levels of compensation should be set by the Lord Chancellor in circumstances where it clearly is a policy decision to deal with a very real problem.

‘Having a tariff in regulations will provide a degree of flexibility to allow them to be reviewed. We have of course indicated that it would be our intention to look at the tariff regularly. The bottom line is this: this government… [has] an obligation to ensure that there is real reform in this area. We cannot continue with the present situation.’

He added that the government intends to review the tariff within three years and the lord chancellor will be required to report on each review.

While several peers spoke up in favour of Lord Woolf’s amendment, he was opposed by Conservatives and some crossbenchers.

Crossbencher Earl of Kinnoull (hereditary peer and barrister Charles Hay), said that with 1% of the population making a whiplash claim each year these were extraordinary circumstances in which ‘social and political necessity trumps jurisprudential purity’.

Lord Brown of Eaton-under-Heywood (former Supreme Court justice Simon Brown) added: ‘It is surely intolerable that we are known as the whiplash capital of the world, so I have concluded that it is open to government, as a matter of policy, to seek to deter dishonest claims in this way.’

Lord Woolf, whose blueprint in the late 1990s largely created the subsequent personal injury claims regime, had argued the legislation removes judicial responsibility for the assessment of damages, and imposes a fixed cap in place of flexible guidelines. ’It offends an important principle of justice, because it reduces the damages that will be received by an honest litigant because of the activities of dishonest litigants.’