Claimant loses in Court of Appeal despite defendant offering no evidence

The Court of Appeal has found – albeit by a majority verdict – in favour of a defendant who offered no evidence to support their case and did not cross-examine the claimant’s instructed expert. The ruling on uncontroverted evidence in Griffiths v Tui will be a blow for personal injury firms with hundreds of holiday sickness claims waiting on the result.

The ruling was also notable for a rare disagreement between the three appeal court judges: Lady Justice Asplin and Lord Justice Nugee both found in favour of the appellant defendant travel operator, while Lord Justice Bean said he would ‘profoundly disagree’ with his colleagues and said the court was effectively allowing what he called ‘litigation by ambush’. It has been confirmed to the Gazette that the permission will be sought to appeal the decision in the Supreme Court.

The court heard that claimant Peter Griffiths brought a claim worth £29,000 after suffering gastric illness while on holiday in Turkey. The claim was lost in the county court but Griffiths’ appeal was upheld by Mr Justice Martin Spencer in the High Court.

At trial, evidence was accepted in full from Griffiths and his wife, along with and a report from a microbiologist, Professor Pennington, who was not required to be called or cross-examined.

The trial judge, Her Honour Judge Truman, described the report as ‘minimalist’ and made clear it did not satisfy the requirements set out in Wood v TUI, ruling that the fact Griffiths had been ill was not by itself sufficient for his claim to succeed.

On first appeal, Martin Spencer J said the case raised a fundamental issue about the proper approach to expert evidence which is ‘uncontroverted’ (ie not disputed at the time). He said the defendant had not called any evidence to challenge or undermine the factual basis for Pennington’s report, nor had TUI sought to challenge it through cross-examination. By effectively ascribing no weight to the report, he concluded, the trial judge had ruled it did not meet the minimum requirements for it to be accepted, and in that respect she was wrong. 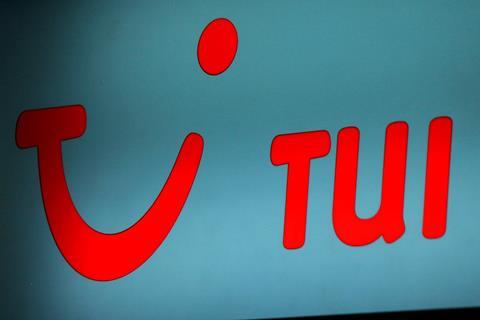 In her judgment, Asplin LJ said there was no rule that an expert's report which is uncontroverted cannot be impugned in closing submissions and ultimately rejected by a judge.

She added: ‘Judge Truman did not decide that Professor Pennington’s report was “wrong” in the sense of expressly rejecting his conclusion. She decided that the report was insufficient to satisfy the burden of proof in relation to causation which fell upon Mr Griffiths because of its deficiencies.’

Asplin LJ said the court was not a ‘rubber stamp’ for expert evidence and there was nothing inherently unfair in seeking to challenge such evidence at the close of a trial.

‘It may be a high risk strategy to choose neither to adduce contrary evidence nor to seek to cross-examine the expert but there is nothing impermissible about it. The fact that TUI decided not to call their own microbiologist having been given permission to do so and failed to serve the report from their gastroenterologist in time or to obtain relief from sanctions, does not alter that.’

In his dissenting judgment, Bean LJ said Griffiths did not have a fair trial of his claim and he would have dismissed TUI’s appeal.

The judge added: ‘Mr Griffiths must be wondering what he did wrong. He instructed a leading firm of personal injury solicitors, who in turn instructed an eminent microbiologist whose integrity has not been questioned.

‘Mr Griffiths and his wife gave evidence at the trial, were cross-examined, and were found by the judge to be entirely honest witnesses. The eminent expert gave his opinion that on the balance of probabilities Mr Griffiths’ illness was caused by the consumption of contaminated food or fluid supplied by the hotel. No contrary evidence was disclosed or called, and the expert was not cross-examined. Yet the claimant lost his case.’

Following the judgment, Jatinder Paul, personal injury solicitor at Griffiths' firm Irwin Mitchell, said: 'We’re naturally disappointed with the judgment and we’re seeking permission to appeal to the Supreme Court. We cannot comment further while this process is ongoing.'