Every office and practice area has been told to remove any gendered terms or gender specific pronouns from their legal templates. Clifford Chance said progress has already been made, with some practice areas removing ‘Dear Sirs’ from letters and notices scheduled to template agreements. 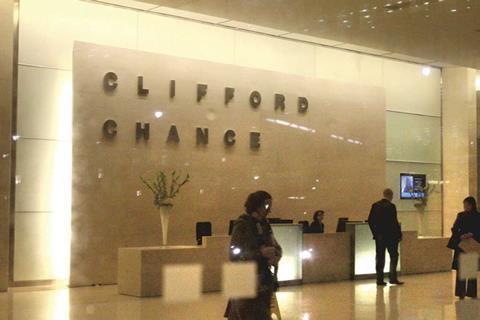 The firm is now using software to identify and remove other gendered terms.

In a statement, Clifford Chance said it believes that gender-neutral drafting in legal documentation has ‘multiple benefits for equality and inclusion’, including the promotion of gender equality, challenging unconscious assumptions about gender roles, and recognising that not everyone identifies as male or female.

Tiernan Brady, global director of inclusion, said: ‘The words and language we use matter greatly. They send a signal of our values and can have both a positive and negative impact on others and on our culture. Removing gendered language from our communications is a subtle but impactful way of demonstrating what we stand for, and I'm delighted to see these steps taken in our firm.’

A document published by the Government Legal Department and the Office of the Parliamentary Counsel suggested that firms use ‘they’ as a singular pronoun, as opposed to ‘he’ or ‘she’. It also warned against the use of the female suffix ‘-ess’, as in ‘actress’ and ‘manageress’.