Magic circle outfit Clifford Chance has become the first law firm to report pay data based on the workforce’s sexuality and disability, as the second deadline looms for firms to report their gender pay gap.

The Canary Wharf-headquartered outfit said it had voluntarily decided to include details on disability, sexuality and ethnicity. Some firms have already reported an ethnicity pay gap and have pledged to increase representation of black and minority ethnic staff (BAME).

According to the figures, the overall sexuality pay gap is 35.6% and the disability gap is 61.9%. The ethnicity pay gap is 52%. Partners are included in the data.

The firm said: ‘The data we have reported is another indication that our partners do not reflect the diversity we aim to achieve. Diversity in ethnicity, sexuality and disability will remain a key area of focus for us.’

Under the Equality Act 2010 (Gender Pay Gap Information) Regulations 2017, firms with 250 or more employees are required to reveal their gender pay gap annually. The regulations stipulate that firms provide information for the previous year by 4 April.

Last year Clifford Chance broke ranks by becoming the first magic circle firm to include partners in its report. Although the legislation only required firms to reveal the pay gap for employees, some law firms came under fire for using this as a reason to exclude partners – the highest-earners and predominantly male. 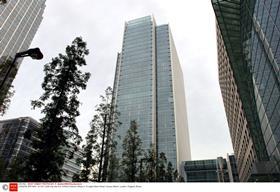 Michael Bates, UK regional managing partner, said: ’We believe that transparency is the key to making progress in diversity, which is why we have again voluntarily expanded our pay gap reporting to include ethnicity, sexuality and disability data this year.’

Bates added: ’The gender pay gap reported here remains unsatisfactory and we are committed to improving it. Our clear aim is find ways to develop and promote talented people irrespective of background, for the benefit of everyone.’