Clifford Chance has become the first of the elite magic circle law firms to include partners in its gender pay gap report and has called on others to do the same.

The firm’s figures show that, when partners are included, the mean pay gap stands at 66.3% compared with 20.3% when only ‘employees’, are taken into account. All other magic circle firms have so far declined to include partners in their returns to comply with the Equality Act 2010 (Gender Pay Gap Information) Regulations on the grounds that the legislation requires only employees’ pay to be compared.

Two firms, Pinsent Masons and Norton Rose Fulbright, have offered comparisons with partners based on ‘salary and bonus’ but Clifford Chance said it has instead included partners’ total ‘full time equivalent’ (FTE) pay - including all profit share.

The firm said: ‘Partner pay is a share of the firm’s profits, paid irregularly, and it is disappointing that there are no statutory guidelines on how to include it in the figures. We think the most honest and informative way to show the figures is to look at total annual FTE pay for UK-based partners and employees (including FTE bonus) rather than looking only at a single month snapshot (which would not include significant amounts of our partner pay).’ 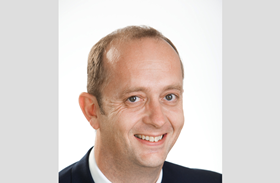 Michael Bates, UK regional managing partner, said: 'For us, it is about doing the right thing. Whilst including our partnership in adjusted results shows a larger gender pay gap than the data from the statutory reporting requirements, our decision to publish these figures demonstrates our commitment to closing the gap and accelerating the pace of change of our gender demographic at every level. We hope the government will provide greater clarity going forward on the inclusion of partner data, and that other professional services firms will demonstrate their commitment to addressing gender issues by adopting an equally transparent approach.’

The firm added: ‘We hope other law firms will take an equally transparent approach, and we expect their figures to show a similar gap when partners are included. We believe this will show a more accurate reflection of the gender pay gap across our industry.’

Firms that have reported their pay gap have split employees into four quartiles ranging from the highest paid, a group made up of mostly lawyers, to the lowest – which largely comprises secretarial work.

Clifford Chance’s upper quartile is 51.1% women while in the lowest, 81.5% of workers are women.

The firm’s said it is working towards a target of 30% female partners (currently 21%) and has been running courses to support the career progression of male and female associates.

The trend of incorporating partners into the data was started by the ‘big four’ professional services firms, KPMG, EY, PwC and Deloitte, who revised their data following comments by Lloyds of London chief executive Inga Beale and Law Society vice president Christina Blacklaws.