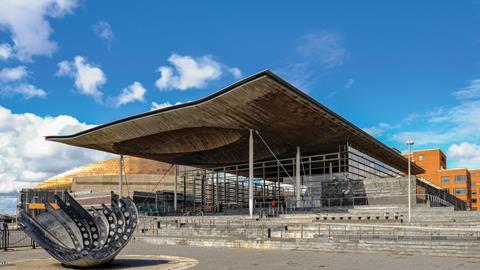 Wales would become the first part of the UK to have a codified corpus of law under proposals to be discussed by the Welsh government this week to tackle confusion caused by growing divergence from England. The country’s chief legal adviser revealed earlier this month that, subject to cabinet agreement, he plans to consult on a draft bill to implement codification.

Jeremy Miles, counsel general for Wales, was addressing the Association of London Welsh Lawyers. The meeting also heard from a Supreme Court justice that action is urgent because of the ‘complexity and inaccessibility of the law’ arising from the ‘extensive use’ of law-making powers. ‘Perhaps the greatest single challenge we now face is to make the law of Wales accessible to the people of Wales,’ Lord Lloyd-Jones said. One cause of impenetrability is that legislation can be amended by both the Westminster parliament and the National Assembly. For example section 569 of the Education Act 1996 has nine sub-sections – some relating only to England, some to Wales and some to both England and Wales.

Lloyd-Jones suggested two alternatives to making the law of Wales accessible: consolidation or codification. Consolidation – drawing together different enactments on the same subject to form a rational structure – would be ‘an undertaking of massive proportions which … would be likely to take a generation to accomplish’, he said.

Codification, on the other hand, ‘could confer real benefits within a relatively short term’. This ‘much more radical’ approach would involve the National Assembly producing US-style codes enabling all the statute law on a subject to be found in one place. ‘Thereafter any amendment would be by amendment of the code, which would remain an up-to-date statement of the legislation applicable to the particular field.’

Calling for ‘prompt action’, Lloyd-Jones said that ‘this needs to be set in motion soon while the position is still remediable’.