Court cracks down on ‘Traveller injunctions’

Courts cannot grant final injunctive relief against 'newcomer' Travellers and Gypsies who arrive after litigation has ended, the High Court has ruled, following an injunction ‘feeding frenzy’ among local authorities.

In London Borough of Barking and Dagenham & Ors v Persons Unknown & Ors, Mr Justice Nicklin looked at injunctions granted in 38 different sets of proceedings to local authorities, which prohibit the unauthorised occupation or use of land. The injunctions - granted against ‘Persons Unknown’ - mainly affect Gypsy and Traveller communities.

In judgment, Nicklin J ruled that so-called ‘Traveller injunctions’ are subject to the principle that a final injunction only binds the parties to the action at the date of the order. ‘It is fundamental to our process of civil litigation that the court cannot grant a final order against someone who is not party to the claim,’ he said.

‘A court cannot, at a trial, adjudicate whether a claimant has established an entitlement to a remedy against a defendant unless it is possible to identify who that defendant is and whether the claimant has demonstrated, by evidence, that s/he has committed some act that entitles the claimant to relief.’ 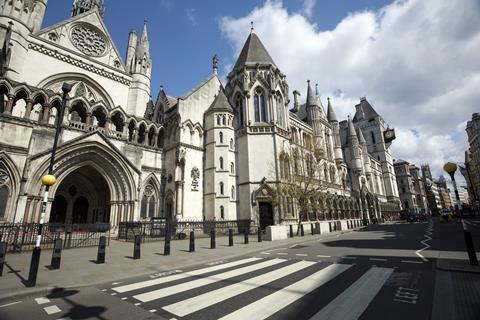 The court rejected the argument that local authorities are in a privileged position to obtain final orders that bind newcomers. Nicklin J also found that Traveller injunctions do not fall into the exceptional category where the court is compelled to act by way of contra mundum injunction against all persons generally.

Nickin J concluded that ‘that there are grounds to suspect that, in a significant number of applications for interim injunctions, there were material and serious breaches of the procedural requirements and the procedures of the court…have been abused’.

‘This judgment is not the place to go into these matters further, but I will ensure, so far as possible, that they will be properly investigated. Looking to the future, the experience in the cohort claims demonstrates that the court needs to adopt measures to ensure that “Persons Unknown” injunctions (and powers of arrest) are only granted in appropriate cases and are subject to proper safeguards,’ he said.

Nicklin J discharged several injunction orders against ‘Persons Unknown’. In the remaining claims, where interim injunctions have been granted, the local authorities were given seven days to consider whether they wish to proceed with their claim against 'Persons Unknown'.

Cornerstone Barristers, which represented three of the local authorities involved in the case, said the judgment will 'strike a death knell' to the use of such injuctions by local authorities, save in 'narrow and limited' cases.