The High Court has shown a rare act of mercy to lawyers who filed documents late without checking to see if their opponents would accept email service.

In Citysprint UK Ltd v Barts Health NHS Trust Mr Justice Fraser stressed that the particular circumstances were unusual and that his ruling should not be interpreted as the court being ‘indulgent’ to failures of compliance.

‘It is simply because of the particular (potentially unique) facts of this case that the necessary orders under the relevant provisions of the CPR, including under CPR Part 3.10 in respect of the unsealed version of the claim form, have been made in the claimant’s favour,’ he added.

The court heard that the claimant, the incumbent provider of transport and logistics services to the NHS trust, had challenged the award of a contract to a rival. The defendant argued that Citysprint and its solicitors failed to issue and serve the proceedings within the time and methods permitted. 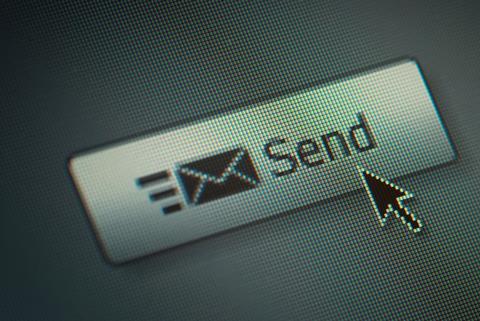 The court heard the claim form was issued on 27 July – the last day permitted under a standstill agreement – and the fee of £10,000 paid. The claim form and particulars of claim would have to be served within seven days, which was calculated by the claimant’s representatives, FG Solicitors Ltd, as 5 August.

The service was made on that date and by email, without any confirmation from the trust’s solicitors, Bevan Brittan LLP, that this method was acceptable.

FG Solicitors had argued in court that it believed the seven-day deadline to have started on 29 July as this was the ‘approved date’ on the CE-file system, after there had been a glitch with an outstanding court fee that had not initially been paid, meaning that a sealed version was not available earlier.

The judge said the firm appeared to be hedging its bets in terms of timing, submitting that the claim form was issued on time but also trying to suggest that service was also within the time limit. He ruled it was ‘simply not possible’ for both to be correct and that the 5 August service was therefore late. But the judge also concluded he had scope to allow this, and said the defendant was ‘attempting to take opportunistic advantage of limited errors of procedure to achieve a technical knock-out’.

On the issue of email service, the judge said FG Solicitors was instructed at the very last minute and had very short time periods to serve important documents, so the exceptional circumstances required to allow this were met. He added that defendants were ‘alive’ to the technicalities about correct service and advised litigation solicitors to reacquaint themselves with the rules before serving documents electronically.