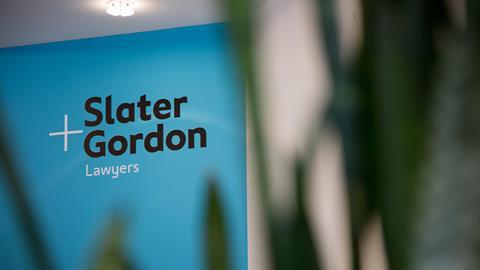 Lawyers chasing personal injury firms over the deductions from former clients’ damages have been handed a huge twin boost by the court.

In Edwards & Ors v Slater & Gordon UK Ltd, costs judge Rowley rejected an application by the national firm to have claims from its former clients stayed. The court also accepted a request from Clear Legal, trading as checkmylegalfees.com, that the ten test claimants should have access to recordings made by Slater and Gordon when retainers were discussed, after the costs recovery firm alleged they were signed up ‘lightning fast’ and lacked the information that a client would expect.

During a one-day hearing in July, the court heard that the ten test cases were brought in advance of 134 other cases brought by checkmylegalfees.com against Slater and Gordon. There are likely to be hundreds of other similar cases pending this decision against other PI firms.

Rowley had earlier ruled in favour of Slater and Gordon following requests for the firm to answer questions about so-called ‘secret’ profits received as commissions from ATE insurance premiums.

But the firm lost the argument here on standard disclosure, following the claimants’ solicitors obtaining a recording of one Slater and Gordon client being signed up for a PI claim. Rowley said there was every reason to assume other recordings were available, that Slater and Gordon had possession of them, and that they were relevant to the claims now being brought.

‘On the face of it therefore, they should be available to the claimants and ultimately to the court in order to decide the issues in these proceedings,’ he added. ‘There is no principled basis in my view on which disclosure should not be ordered.’

On the firm’s application to stay proceedings, Rowley rejected Slater and Gordon's submission that these proceedings amounted to ‘trafficking in litigation’. The firm had submitted that there was a considerable risk that liabilities for the claims could not be met by Clear Legal.

Cowley said there was nothing in these arrangements which came close to the concept of trafficking in litigation, and that Clear Legal was offering a ‘CFA Lite’ in terms that solicitors nationwide were prepared to offer their clients.

The judge added: ‘The defendant’s argument that the claimants are passengers in these proceedings and are somehow unaware of their responsibilities holds no weight in the absence of any specific evidence.’ Rowley also dismissed the firm’s application for security for costs.

Mark Carlisle, founder of checkmylegalfees.com, said his clients will now be able to proceed to deal with the substantive issues ‘armed with the disclosure that any other litigant is entitled to’.

He said: ‘We are pleased with the court’s decision on these applications which we believe were a transparent attempt to stifle our clients’ claims and avoid scrutiny.’

In a statement following the judgment, Slater and Gordon said: 'We are disappointed at today’s decision. We will now take some time to consider the judgment in detail, including the potential for an appeal.

We remain deeply concerned that, far from protecting ex-clients, the arrangements put in place by Clear Legal Limited expose them to the risk of personal liability for significant adverse costs. The information provided to the Court by Clear Legal has done nothing to assuage these concerns.'