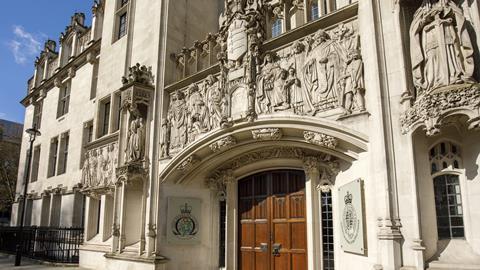 The Crown Prosecution Service has lost a Supreme Court appeal in its bid to recover nearly £1.5m from two men convicted for cheating the public revenue.

In Crown Prosecution Service v Aquila Advisory Ltd, the court was asked to decide whether a proprietary claim brought by a company against its directors to recover proceeds of crime received in breach of fiduciary duty can be asserted in priority to a confiscation order.

The Supreme Court also considered whether the illegality of directors could be attributed to the company in circumstances where the company suffered no loss and stood to profit from the crime.

Robert Faichney and David Perrin had exploited their position as directors of Vantis Tax Ltd to make a secret profit of £4.55m in breach of fiduciary duty.

However, £4.55m is also the benefit obtained by Faichney and Perrin from the crime of cheating the public revenue by dishonestly facilitating and inducing others to submit false claims for tax relief.

After they were convicted and jailed, the CPS obtained confiscation orders under the Proceeds of Crime Act 2002 (POCA), with Faichney ordered to pay £648,000 while Perrin was ordered to pay £809,692.

Aquila Advisory Ltd, which acquired Vantis’ proprietary rights, asserted that it has a proprietary claim to the secret profit of £4.55m which has priority over the confiscation orders, leaving nothing to satisfy the orders obtained under POCA.

The CPS lost at both the High Court and the Court of Appeal and five Supreme Court justices today unanimously dismissed its appeal.

Giving the court’s judgment, Lord Stephens held that the confiscation orders do not give the CPS 'any proprietary interest in the former directors’ assets, or any form of priority over any other claims to those assets'.

Stephens also dismissed the argument that the Court of Appeal was wrong to find that the facts of the present case fell within the ratio of Jetivia SA and another v Bilta (UK) Limited (in liquidation) and others.

The judge said: ‘The reasoning of this court in Bilta, albeit concerned with loss-based claims rather than claims to strip profits, applies with equal force to the breach of fiduciary duty which is the subject of this decision.

'Bilta is authority for the proposition that the unlawful acts or dishonest state of mind of a director cannot be attributed to the company so as to afford the director an illegality defence to the company’s claim against him for breach of fiduciary duty.'

Following the ruling a CPS spokesperson said: 'We respect the judgment made by Lord Stephens and the other members of the court. The CPS is committed to ensuring convicted criminals cannot profit from their offending. Wherever it is legally possible to do so, we will always seek to recover proceeds of crime.'