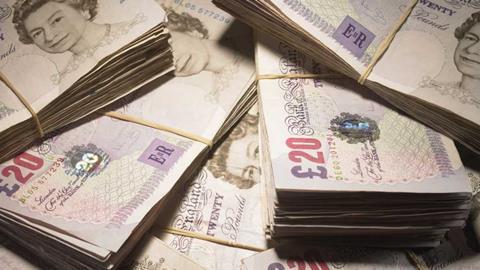 Creditors unlikely to see any of £350k Assure Law debts

A handful of unsecured creditors stand to lose more than £350,000 in total from the collapse of legal advisory firm Assure Law.

A letter to creditors, sent earlier this week by liquidators Irwin Insolvency and seen by the Gazette, reveals the company toppled over with debts of around £420,000.

The business had been prominent in the legal services market in the past two years, buying a number of established legal services brands and helping to rescue one firm from administration.

But the extent of its financial woes are laid bare by the creditors’ letter: debts include a bank loan from 2015 of £70,000 from Santander that is personally guaranteed by director Tony Stockdale.

The other creditors are individuals and organisations which, on current information, are said to have ‘little prospect’ of a dividend distribution.

Included in that list is former director Brian Corcoran, owed £73,188, ARAE Consulting Limited (owned by High Street Lawyer network founder Gary Yantin), which is owed £56,835, and Guy Barnett, creator of the Lawyers2you brand, who is owed £73,790.

The letter outlines how Assure Law was formed in late 2013 with the aim of supplying consultancy services to the legal profession.

The business obtained a contract in March 2014 to provide management services to north-west firm Linder Myers, and in early 2015 a subsidiary called Simply Rehab Limited was created to provide rehabilitation services to clients of solicitors.

But Simply Rehab made substantial losses in its first year and needed a £200,000 from its parent company.

When Assure’s major client, Linder Myers, came under financial pressure earlier this year, income dried up and the company was forced to shut down.

Stockdale and fellow Assure director David Bentley are both listed as directors of the Metamorph Group, a solicitor-led business which acquired Linder Myers earlier this year.

Assure’s liquidation will see the likely end of a number of brands it has acquired in recent years, including Lawyers2you and High Street Lawyer.

Company records show Assure has just £649 in the bank, which will be put towards paying off Santander.