A fraudulent claimant in a road traffic accident was exposed as a friend of the other driver in an RTA has been ordered to repay his damages.

Gentry had claimed for damages of up to £100,000 against a driver named Mr Miller following a purported collision on a Hampshire road in March 2013.

The insurer’s doubts were raised less than a year later when Facebook, LinkedIn and Experian searches revealed that Gentry and Miller were known to each other before the collision and took part in running events together – the most recent being just a day before the purported collision. 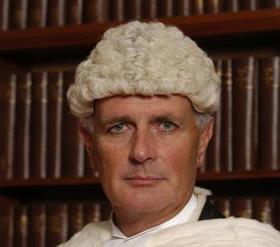 Sitting in the High Court in UK Insurance v Gentry, Mr Justice Teare (pictured) said there was cogent circumstantial evidence that the collision was staged: not only were Gentry and Miller friends, but neither had informed the insurer that they knew the other and Gentry had untruthfully claimed they got to know each other only after the collision.

When Miller reported the collision he referred to Gentry simply as the ‘bloke I hit’, again enforcing the idea that two were hiding the true extent of their friendship.

Teare said: ‘Of course it is possible for two friends to suffer a collision when driving their respective cars. It would however be a striking and unlikely coincidence. Another explanation for the collision is that the two friends had staged the collision.’

The judge described self-represented Gentry as a ‘bold liar’ who had even used Miller’s experience of losing a son as an explanation for the pair becoming friends after the collision.

Gentry, who also claimed more than £50,000 in credit hire charges after driving a borrowed Mercedes for 150 days at £317 a day, chose not to give evidence about the collision in court, thereby escaping cross-examination.

The insurer’s claim against him was worth £226,458 – that sum being the total ordered to be paid to Gentry by various courts. In the event, those sums had not been paid as the orders had been stayed pending the High Court ruling. Teare ordered that Gentry repay the £19,179 damages he has already received, together with interest and costs.