Tully has long wanted to introduce a quality standard for case reviews. Today’s report states that the regulator funded a ‘dry run’ to evaluate whether or not accreditation against a prescribed standard would provide an adequate level of assurance at a proportionate cost. The UK Accreditation Service concluded that ISO 17020 was an applicable standard for accrediting case review work. 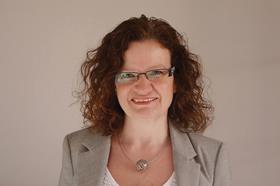 However, the regulator's report states: ‘The cost of such a system is not insubstantial and there remains a structural problem with implementing a standard for case review work that is primarily funded by the Legal Aid Agency. Solicitors are generally required to award work to the provider offering the lowest quote for the work; this takes no account of any formal quality assurance mechanism.

‘Without statutory enforcement powers to ensure compliance across the board, this would result in providers who adopted a quality standard (which would have an associated cost) being placed at a competitive disadvantage relative to those who did not. Further, the current LAA rates seem unlikely to support implementation of accreditation.’

Tully says legislation is urgently required to give the regulator statutory enforcement powers.

The report says: ‘The seven-year delay between giving assurances about providing statutory powers and the present time has previously been described by the House of Lords science and technology committee as “embarrassing” and by the House of Commons science and technology committee as a failure of leadership. It can only now be interpreted as a lack of priority being given to forensic science quality by the government.’