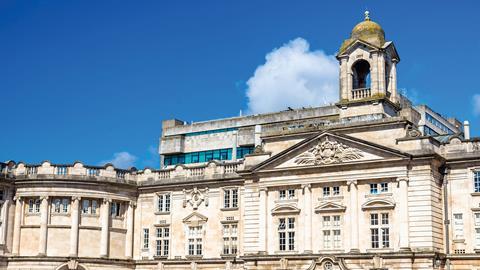 The emergence of a separate Welsh justice system will not deter English students from studying in Wales, Swansea and Cardiff law schools have insisted.

Professor Urfan Khaliq, head of Cardiff University’s school of law and politics, said: ‘Of course we will provide for Welsh language students but equally we are an international school…We are very much attuned to the fact we are a global university.’

Professor Richard Owen, a legal studies specialist at Swansea University, said a ‘high degree of transferability’ would be embedded in the Swansea course. Citing Wales’s ‘brain drain’, Owen said ‘our students will want to be able to practise in England’.

Owen suggested that three law courses will eventually emerge – one covering Welsh law, one covering English law and one covering both – but ‘that would be some way down the line’.

Earlier this month, Welsh first minister Mark Drakeford AM endorsed the proposal that ‘substantial devolution’ of the justice system in Wales is necessary.

Responding to a report by the Commission on Justice in Wales, Drakeford homed in on legal education, stating: ‘Wales’s excellent law schools are challenged to work more effectively together to recognise the place of Welsh law in legal education and to ensure teaching materials are available in both languages.’

However, Welsh law schools have expressed concern over a lack of teaching resources.

Khaliq said: ‘There are very, very few, if any, Welsh language textbooks…If Welsh property law, for example, becomes entirely distinct we will need to have textbooks, and that will take a while to do.’