The High Court has ruled that the ruler of Dubai, Sheikh Mohammed Al Maktoum, gave his express or implied authority to the hacking of his ex-wife’s phone and the phones of two of her solicitors.

In a judgment handed down yesterday, Sir Andrew Macfarlane, president of the family division, concluded that surveillance was carried out by ‘servants or agents’ of Sheikh Mohammed of the phone of Princess Haya of Jordan. Solicitors Baroness Fiona Shackleton QC and Nicholas Manners, from London firm Payne Hicks Beach, were also targeted.

The ruling was to determine factual allegations made in the course of ongoing proceedings relating to the welfare of the couple’s two children. These proceedings will ultimately resolve the contact they are to have with their father. 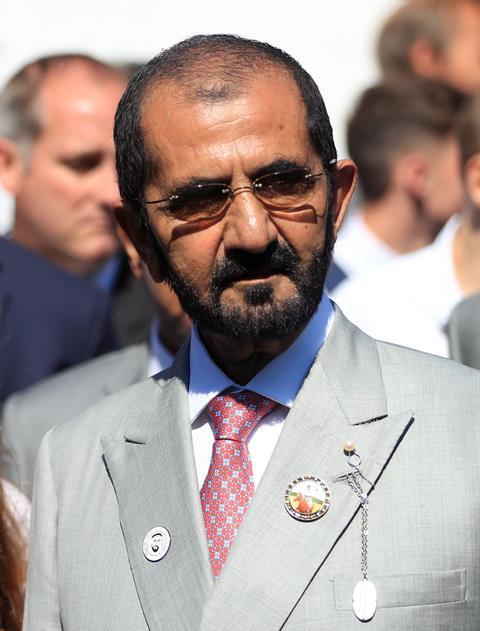 Macfarlane said it was ‘obvious’ that Sheikh Mohammed, above any other person in the world, was the probable originator of the hacking.

‘No other potential perpetrator, being a person or government that may have access to Pegasus software, can come close to the father in terms of probability and none has been put forward other than via transient and changing hints or suggestions.’

The judge added: ‘The father, who is the head of government of the UAE, is prepared to use the arm of the state to achieve what he regards as right.

‘He has harassed and intimidated the mother both before her departure to England and since. He is prepared to countenance those acting on his behalf doing so unlawfully within the UK.’

The court heard that Lady Shackleton first learnt about possible phone hacking in August 2020 from two sources, one of which was a call from Cherie Blair QC. A subsequent investigation by a computer scientist, named as Dr Marczak, produced a 42-page witness statement in which he concluded ‘with high confidence’ that the phones of the mother and two solicitors had been hacked by a single operator. On the basis that any such operator would be a nation state, he concluded with ‘medium confidence’ that the government in question was that of the UAE.

In their skeleton argument, Sheikh Mohammed’s lawyers argued that the mother had not established there had been surveillance of the mobile phones, that any such surveillance was licensed to the UAE or Dubai, or that the alleged surveillance occurred with his express or implied authority.

Macfarlane allowed the evidence of Dr Marczak to be admitted, although he was not regarded as an independent expert before the court, having stepped forward to offer assistance to the mother and her team.

The judge said Dr Marczak was an impressive witness who presented a detailed, logical account supported by the core data he had found, which led to the conclusions there was strong evidence that the three principal phones had been hacked with Pegasus software, as well as three other phones. He found that all six phones had been infiltrated by surveillance software and that this attempt had succeeded with regard to the mother, with 265 MB of data extracted from her device.