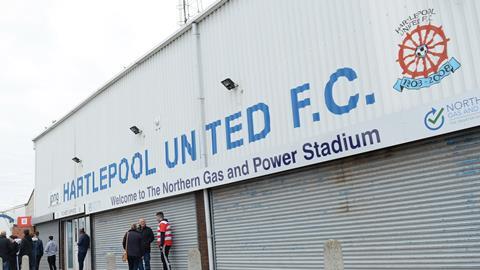 A criminal defence solicitor duped into aiding a fraudster’s attempted football club takeover has been fined £5,000 by the Solicitors Disciplinary Tribunal.

Richard Quinn, who had enjoyed an unblemished 35-year career, provided a ‘door opener’ letter on the firm's letterhead for an individual attempting to purchase Hartlepool United, the tribunal heard.

Quinn had drafted and signed a ‘To Whom It May Concern’ letter regarding an undertaking to a businessman and former director of another club, Swindon Town. The letter stated that Quinn’s firm, West Midlands practice Riley Hayes Solicitors, was in receipt of £266,000 from its client, and these funds would be available for the purchase of Hartlepool United. It was submitted by the Solicitors Regulation Authority that the letter was used by the businessman and sent to opposing solicitors in the deal. The potential purchase was not completed and the businessman was subsequently convicted of fraud and jailed for eight years.

The firm’s compliance officer confirmed that he became aware of the letter only when it was shown to him by SRA investigators; no file had been opened and there was no retainer on the system.

The Solicitors Disciplinary Tribunal found that Quinn’s letter, and in particular the words ‘We write to confirm that we represent’, were recklessly misleading, with no retainer in place.

The tribunal’s judgment said Quinn’s ‘indolent approach to opening files, failure to apply his mind to the language contained in the letter, the imprecise, sloppy and tardy approach to drafting…caused the reckless misrepresentations to have been made’.

But his conduct was not considered premeditated or planned, and his motivation was judged to be getting more work in for the firm rather than a deliberate intention to mislead.

Quinn, who was not arrested or charged in relation to the frauds, was said by the SRA to be ‘flying below the radar, conducting work on the side, using the name of the firm when in reality he knew that he was acting alone’.

He admitted failing to do due diligence on another letter from the businessman regarding proof of his funds. Quinn submitted he ‘allowed himself to be misled by a fraudster’.

The tribunal cleared him of all allegations of dishonesty, including charges relating to his response to questioning by the police and SRA. He maintained that at worst he was guilty of lack of care and attention but reiterated there was no ill motive.

He was fined £5,000 after showing demonstrable contrition and insight into his conduct. The SRA applied for £29,000 in costs, which was reduced to £6,000 on account of the charges that were found not proven.